I love these old combo cards.  Any card featuring 2 of the Yankee’s biggest sluggers during the 1980’s is going to be a hit with me!!!

We all know that Dave Winfield is a big guy.  But even Reggie looks small standing next to him – and Reggie was no slouch at 6 feet tall and 200 pounds.

I cannot imagine what went through a pitcher’s head when one of these guys was at the plate and the other was in the on-deck circle…. 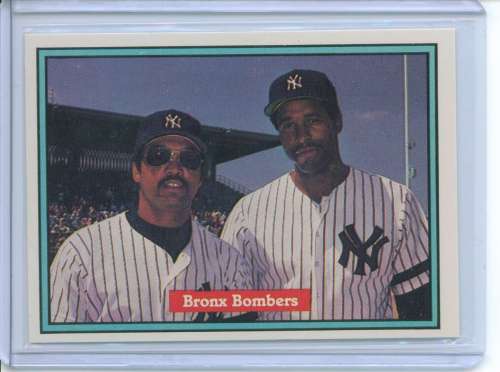 During his 18 year career as a player in major league baseball, Willie Randolph could be classified as an ‘Unsung Hero’ for the teams he played on.  13 of his 18 seasons were played as a member of the New York Yankees and it was very easy to be overshadowed by the many dominant personalities on their roster.  But Randolph handled the pressure of playing in New York very well and excelled as a second baseman for the ‘Bronx Bombers’.  As a 6-time All-star, Randolph finished his career with a .276 batting average along with 271 stolen bases and ,1239 runs scored.  He competed in 4 World Series match-ups and won the championship with the 1977 New York Yankees. 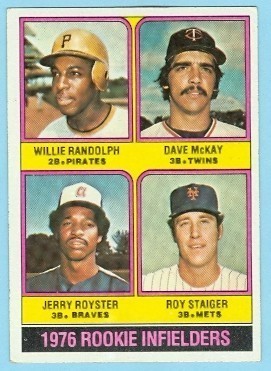