Jack Morris was the picture of pitching excellence for the better part of his 18 year career in the majors.  With a career record of 254-186, one has to wonder how much closer to the 300 win milestone Morris would have come if he played on an elite team for a few years of his career.  Morris finished in the Top 9 for the Cy Young award 7 times.  He compiled (12) 15 win seasons and ended his career with 2,478 strikeouts.  Jack Morris may be best known for his post season performances in which he shined brightest amongst his teammates and competitors.  Morris competed in 3 World Series’ and won all 3 – 1984 with the Detroit Tigers, 1991 with the Minnesota Twins, and 1992 with the Toronto Blue Jays.  Morris ended his amazing World Series career with a 6-1 record as well as winning the 1991 World Series Most Valuable Player award. 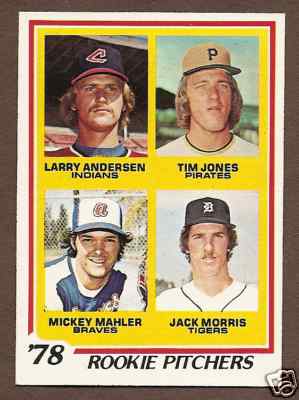