What Ever Happened To Glen Davis???

In today’s world of sports the name Glen Davis refers to the Boston Celtics player that has been seen crying on the bench as a result of being reprimanded for his terrible play by teammate Kevin Garnett.

But, back in the 1980’s Glen Davis was known as a slugging first-baseman that was crushing the ball as a member of the Houston Astros.  In Davis’ first full season in 1986, he played in 158 games.  As a full-time player, Davis excelled at the plate while smacking 31 HR’s and driving in 101 runs.  His numbers were solid and he finished second for the MVP that year to future Hall of Famer Mike Schmidt.  1986 also marked the first of two appearances of at the All-Star game for Davis.

In his next 3 seasons with the Astros, Davis was a full-time player and excelled at the plate.  From 1987-89 he crushed 91 homers and drove in 281 runs.  His solid play earned him 2 more Top 8 positions for the MVP award.

Then it went bad quickly.  Davis’ injuries took over and he was unable to recover his incredible hitting achieved in the mid-to-late 80’s.  Never playing more than 106 games in a season over his final 4 years in the big leagues, Davis’ once enviable power numbers tailed off and so did his playing time.

Glen Davis ended his 13-year career with a .259 batting average.  He accumulated 190 home runs and drove in 603 RBI.  You have to wonder how much more Davis could have done if his health was able to keep up with his bat from the late 80’s.  I don’t think 300+ home runs would have been out of the question. 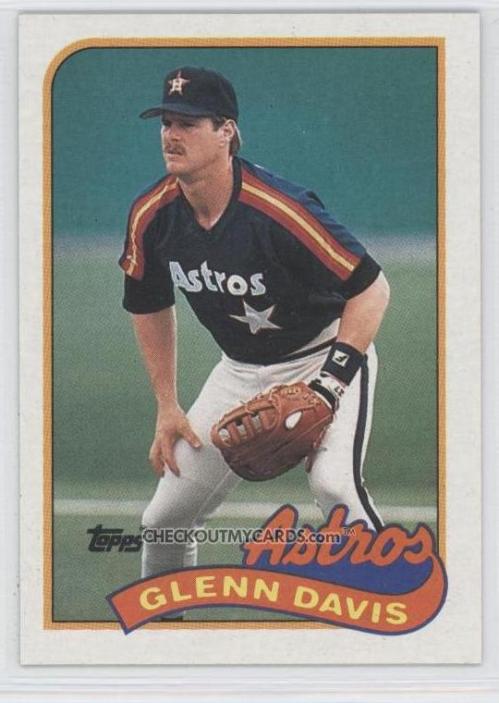 Steve Garvey = baseball stud!!  Garvey may very well be the Tom Jones of baseball during the 1970’s and 80’s.  Guys wanted to be him, and girls wanted to be with him.  I wonder how many pairs of panties were thrown at Garvey while he was standing at first base.  My guess is MANY!!!  Garvey excelled on the West Coast and maintained his status as a baseball stud as a member of the Los Angeles Dodgers and San Diego Padres for 19 seasons.  A 10-time All-star, Garvey dominated from the mid 70’s through the early 80’s.  In 1974 he won the MVP award after hitting .312, while hitting 21 homers, scoring 95 runs, and driving in 111.  That season in ’74 led to 7 consecutive seasons in which Garvey finished in the Top 25 for MVP(3 of which were Top 6 finishes and 1 time a runner-up).  Garvey ended his career with a .294 batting average while collecting 272 home runs and 1,308 RBI.  He went on to play in 5 World Series championships while winning 1 ring in 1981 with the Dodgers.  In 28 World Series games, Garvey hit an incredible .319 while scoring 13 runs. 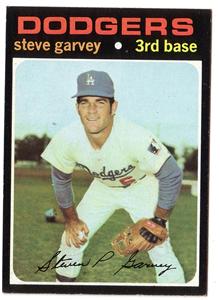