Where else can you put together a group of characters like Spike Lee, Ted Williams, Michael Jordan, Rush Limbaugh, Tom Glavine, Gene Simmons, and the great Yogi Berra?  Why a Nike commercial, of course!!!

The Hall of Famer and legendary manager of the ‘Big Red Machine’ hits a landmark birthday today with #75.  Always a fan favorite, Anderson provided some great quotes during the course of his coaching career.

Here is a small sampling:

“If I ever find a pitcher who has heat, a good curve, and a slider, I might seriously consider marrying him, or at least proposing.”

“I understand people who boo us. It’s like going to Broadway show, you pay for your tickets and expect to be entertained. When you’re not, you have a right to complain.”

“The day I got a hit off (Sandy) Koufax was when he knew it was all over.” 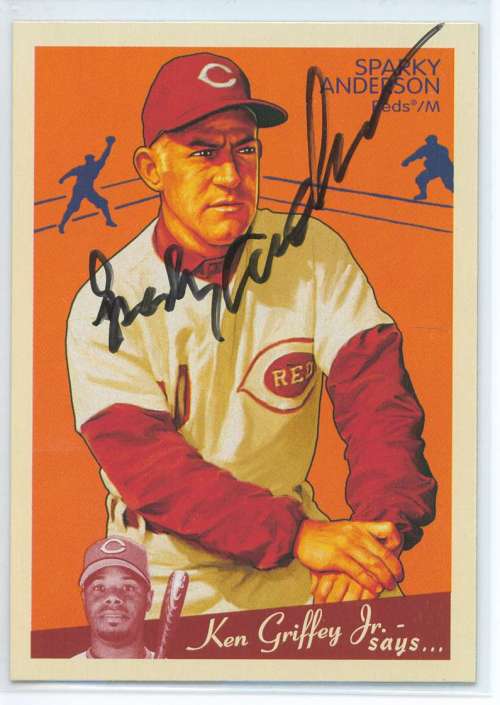 Physically Willie McGee doesn’t look like he’d be an incredible baseball player.  But, his 6 foot 1 inch, 175 pound frame poured it’s heart and soul into every game he played.  And he excelled too.  McGee possessed incredible speed that allowed him to stand out amongst his teammates and competitors.  Along with his speed, McGee was a solid contact hitter, and although his power numbers lacked, he was able to drive in run after run and help generate offense for 18 successful seasons.

With a lifetime average of .295 McGee kept the ball in play and was able to get on base to make things happen for his team.  Over the course of his career, Willie stole 352 bases while scoring 1,010 runs and driving in 856.  And defensively, McGee was an incredible fielder as he won 3 Gold Glove awards in the mid-80’s.

McGee played in 4 World Series contests, winning 1 with the Cardinals in 1982.  As a rookie, McGee hit .240 during the 6-game series while blasting 2 home runs, stealing 2 bases, and driving in 5 runs.  McGee was a key component on that team and solidified himself as an everyday player for the Cardinals with his all-around play. 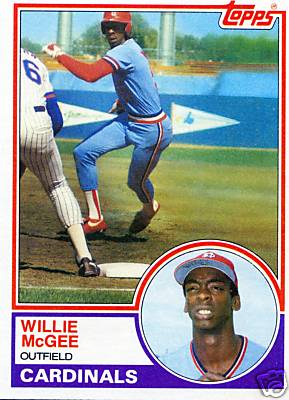