Darren ‘Dutch’ Daulton returned 1of the 2 cards I sent to him beautifully signed in 28 days.

From a far I had always admired Daulton’s game.  Then he joined my Florida Marlins in 1997 as they drove towards the playoffs and soon I was a HUGE Darren Daulton fan.  His World Series performance was incredible.  In 7 games ‘Dutch’ racked up some great numbers – .389, 7 hits, 7 runs, 2 doubles, 2 RBI, and a home run.  Most importantly he took home a championship ring!!

Thanks for the autograph Dutch!!!!

There is no doubt that Billy Williams belongs in this set.  One of the most famous Chicago Cubs of all-time, Williams was a fan favorite at Wrigley Field for 16 magnificent seasons.

Just like during his playing days, Don Baylor delivered!!!  In just 8 days Baylor returned these cards to me.  It looks like he put them back in their penny sleeves a little too quickly though as the ink ran badly on the 1983 Donruss card.  But I certainly appreciate his prompt response to my request for an autograph.

Cal Ripken personifies what baseball is all about.  The game is a team sport and there is no better player to represent the game than Cal.  While his individual statistics are comparable with the game’s best from his era, it is his image that makes him my choice as the #1 baseball player to debut during the 1980’s.

Cal played his entire career as a member of the Baltimore Orioles.  His 21 seasons as the team’s leader led to his love for the city and people of Baltimore and they reciprocated that love right back to Cal.  Ripken is known as one of the classiest guys in the game and spends much of his time, even years after his retirement, working on making the game better for the next generation.

Cal is probably best known for ‘The Streak’.  During the 1995 season, Cal broke a 56-year old record by playing in 2,130 consecutive games.  In easier numbers, Cal didn’t miss a single game for more than 13 baseball seasons.  The streak ended at 2,632 and will likely stand for centuries to come.  His dedication to his team, the sport, and his health made Cal an easy guy to cheer for.

Cal Ripken has played in and won 1 World Series championship.  In 1983, his Orioles team won the title in 5 games.  During that match-up, Cal batted just .167 while collecting 3 hits in 18 at-bats. 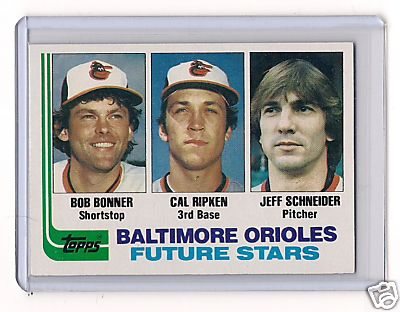 The Contents Of Mystery Box #1 Can Now Be Revealed!!!

Mystery box #1 has been returned home safely to me.  Below is the story…

I have been to Ft. Lauderdale stadium now 4 times this pre-season.  Each time I go, I bring an extra baseball with me just in case I happen to run into him.  He’s one hell of a player, and in my opinion is one of the finest players that dominated during the 1970’s.  Since my luck was wearing out, I decided to send a ball to him in hopes of getting his autograph.

Yep.  Jim Palmer.  3-time Cy Young Award winning pitcher.  Hall of Famer.  And one hell of a great guy….  I wanted to meet Mr. Palmer in person.  I have always admired him from a far for his incredible string of pitching perfection during the mid-70’s.  And if it were not for Fergie Jenkins, Jim Palmer may just be my favorite pitcher from that decade.

Well, now I own baseballs signed by both.  I wrote a very expressive letter to Mr. Palmer about my admiration for his contribution to the game of baseball.  He in turn personalized this baseball to me(COOL!!) and included some of his amazing credentials: 1973, 75, 76 CY & HOF ’90.

I could not be any happier with this signed ball.  Thank you very much, Mr. Palmer!!!

I have to give a huge ‘Hat-Tip’ to Ryan(DiamondCutter) from sportsgraphing.com for helping me with Mr. Palmer’s address.  Thanks Ryan.

15 TTM Autograph Attempts Are Out In The Mail…

Now that my Spring Training attempts at TTM are over, I wanted to jump right into the regular season.  I probably won’t send out a lot to active players but there are a ton of veterans still hanging out around the league disguised as coaches, announcers, and managers.  You better believe I am going to go after them with some gusto.  I’ve also got a nice stack of former Cubs that I want to try to get autographs from as well.

So here is my first attempt for some ‘regular season’ autographs.

As always, I will be sure to post my successes with you as they roll in.  And pics too of course!!! 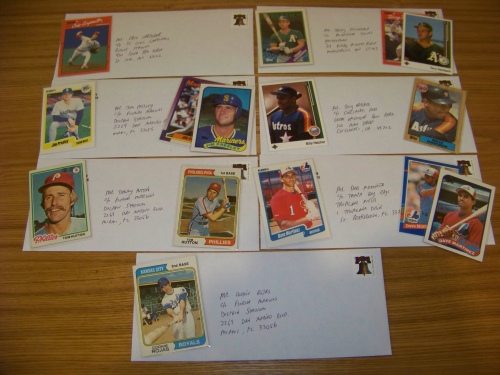 I’ve always found the Diamond Kings cards from the early 1980’s to be disturbing.  I agree that these are nice pieces of art, but for some reason they freaked me out when I was a kid and I admit that they still do today(just a little bit though).

If it weren’t for the fact that I needed this card for my Rickey Henderson collection it probably wouldn’t have made it into my hands.

At least this one looks like Rickey, and I must admit that I like the action shot of him as he takes a giant lead off of 1st base!!

Posted in Rickey Henderson Collection, Stars from the 80's

Barry Bonds is easily the most intimidating force to debut during the 1980’s.  With unmatched offensive talent, Bonds is considered to be the greatest baseball player of his generations.  When mixing his stellar offense with his amazing defensive skills you have the ultimate baseball player.

Just 65 hits shy of the 3,000 hits milestone, Bonds combined the rare talents of power and contact hitting into his swing.  With a lifetime batting average of .298, that includes 11 seasons above .300, Bonds’ offensive game was a well-rounded one.  He has been walked 2,558 times which is a baseball record.  Amazingly for a power hitter, Bonds was able to keep his strikeout numbers down as he only struck out 100+ times once in his career(his rookie season).

Barry Bonds is baseball’s all-time home run king.  His 762 homers is a record that should stand for several years to come.  And if he makes a return to baseball, 800 is not out of the question.

Barry Bonds has won the MVP award 7 times during his 22 year career. He has finished in the Top 5 for the award an incredible 12 times.  Bonds is also a 14-time All-star, a 12-time Silver Slugger winner, and a 8-time Gold Glove winner.

In his best season, in 2002, Bonds hit .370.  In addition to his amazing batting average his on-base percentage was a staggering .582.  Other incredible numbers from that tremendous season include 46 homers, 117 runs scored, 110 RBI, 198 walks with just 47 strikeouts, and of course another MVP trophy.

Barry Bonds has played in 1 World Series contest.  As a member of the San Francisco Giants in 2002 his team lost in 7 games to the Angels.  In that series, Bonds was awesome.  He batted .471 while amassing 4 home runs, 6 RBI, 8 runs scored and an unbelievable .700 on-base percentage. 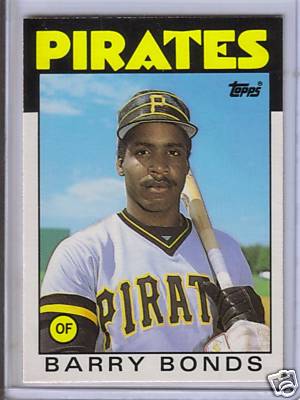 Often regarded as the greatest catcher of all-time, Johnny Bench displayed all of the traits of being a dominant baseball player and ultimate competitor.

Bench was : A 2-time MVP Award winner, A Rookie of the Year winner, A 10-time Gold Glove winner, A 14-time All-star, and a member of the Cincinnati Reds’ “Big Red Machine” that won back-to-back championships in 1975 & 76.

In other words, Johnny Bench was an outstanding baseball player and should be regarded as one of the greatest players to ever have played the game of baseball!!! 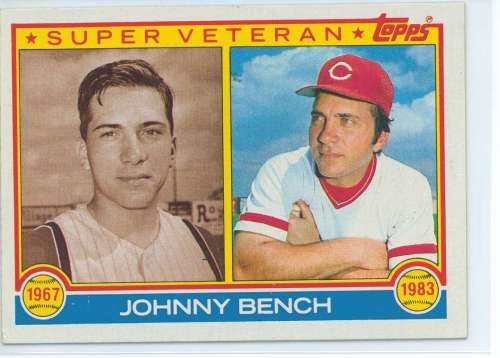 On This Date In Baseball History : The Chipper Jones Candy Bar Debuts…

With a recipe very similar to Nestle Crunch, the Chipper Jones candy bar was a combination of Milk Chocolate and crispy rice pieces.

Now this has me thinking…  How do they decide what kind of candy bar recipe goes for each player’s bar??  Who gets nuggat?  Who gets caramel?  Who gets peanuts???