Yep, just 3 more cards and my Dave Winfield player collection is complete.  I started out with just 1 card, his rookie, when I started this and I am now just 3 cards away from finishing off this set.

The 3 cards I need to get are:

Wish me luck.  If I can find the ’75 & ’76 cards in pretty good shape, I should be able to wrap up this tribute to ‘Big Dave’ within the next few weeks.

Posted in Dave Winfield Collection, Stars from the 80's

Simply known as ‘Yaz’, Carl Yastrzemski personified what being a consistent leader was all about.  Yaz spent every minute of his 23-season long career in a Boston Red Sox jersey.

Along with the droves of fans he established during his career, Yaz put up some amazing numbers too. 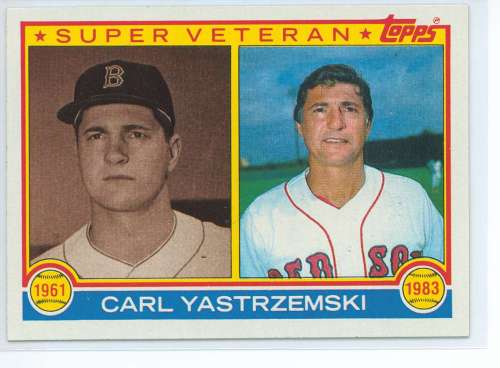 I couldn’t resist this purchase.  My biggest mistake is that I only bought one of these team sets.  The cards look great, and being a vintage collector I cannot help but love the design.  My problem is that these would also be great to use for possible autographs…

I still have 2 Marlins Spring Training games to attend and I think these may be coming with me.  I can always pick up another set again, but how often will I have the chance to get some of these signed?

I think the decision has been made!!!   And it was pretty easy too… 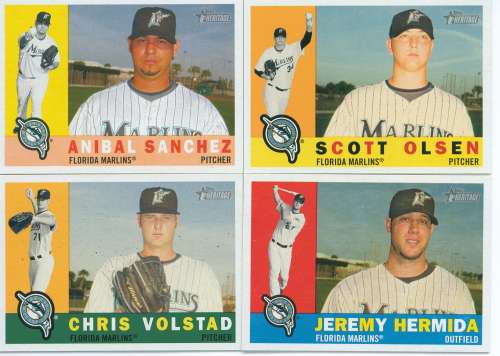 In a literal sense, at 6 feet and 10 inches tall this guy stands heads and shoulders above all pitchers in the game.  Figuratively speaking, there are very few pitchers that debuted during the 1980’s that have had a bigger impact on the game than Randy Johnson.

Randy Johnson debuted in the major leagues is 1988 with the Montreal Expos.  Larger than life and the competition, Johnson stood out for his physical presence long before he stood out for his dominating pitching skills.  Soon after, the baseball world took notice and by the early 1990’s Johnson had become a household name for baseball fans.  With his dominating fastball and penchant for strikeouts, ‘The Big Unit’ was living up to his stature and taking hitters out with ease.

Playing for mostly small market teams like the Expos, Mariners, and Diamondbacks, Johnson was able to escape the media spotlight for most of his career.  But in the baseball world, he was too strong of a presence to ignore as he racked up wins and strikeouts year after year for 21 seasons.  Going into the 2009 baseball season, Johnson is just 5 wins short of 300 career victories which is usually used to define pitching greatness.  He also ranks in second place all-time for career strikeouts with 4,789.  If healthy all season, he has an outside shot of reaching the 5,000 K plateau this season.  And if he does not hit that mark and plans to pitch in 2010 when he is 46 years old he will certainly reach that milestone too.

Randy Johnson is a 5-time Cy Young Award winner, with 3 2nd place finishes to his credit as well.  His best statistical season came in 2002 as a member of the Arizona Diamondbacks.  In that season he started 35 games while winning 24 and losing just 5.  Amazingly at the age of 38, he was able to pitch 260 innings en route to striking out 334 batters while accounting for just a 2.32 ERA.  Johnson is also a 10-time All-star.

Randy Johnson has participated in just 1 World Series match-up.  As a member of the Diamondbacks in 2001, Johnson won his lone World Series championship title.  His performance against the Yankees was brilliant as he went 3-0 while pitching 17 innings.  In those 17 innings of work, Johnson struck out 19 batters while allowing just 3 walks and 2 earned runs.  Johnson went on to win the Co-MVP of the World series that year with teammate Curt Schilling. 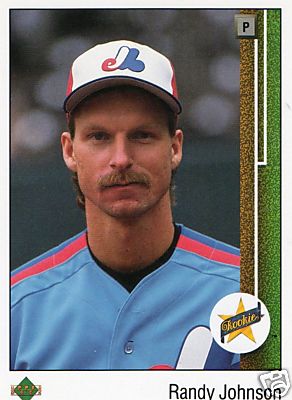