A solid ballplayer that never really got his due, Lee May played the game for 18 seasons.  Never quite a superstar, most likely due to playing in cities like Cincinnati, Houston, Baltimore, and Kansas City, May did finish his career with a nice resume. 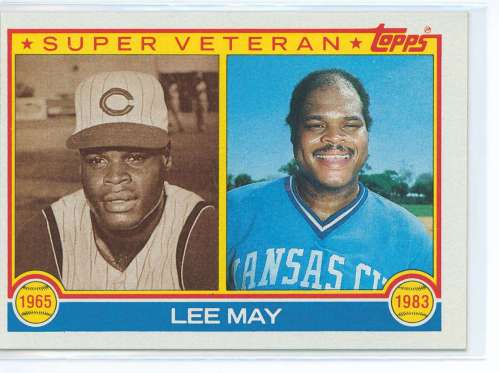 On this day in 1954 Stan Musial belted 5 home runs during a double header.

In total, Musial went 6-for-8 in the 2 games as he collected 5 home runs and 9 RBI.  The Cardinals split the games with the New York Giants as they won the first game 10-6 while losing the second game 9-7.

On this day in 1939 Lou Gehrig put an end to a consecutive games played streak that was unimaginable.  The man that was the picture of perfect health for during his 17-year career was calling it quits due to his battle with a life-threatening disease.

No injuries.  No desire to skip a game.  No player taking his spot on the field.  Lou Gehrig was the ultimate competitor!!

Amazingly, the record was broken more than 50 years later.  But, Gehrig’s legacy and legendary status in the game of baseball lives on.  His dedication to the sport and his team was unmatched and he certainly was more than just ‘present’ on the field.  A 2-time All-star with 2,721 career hits and 493 home runs, Gehrig was a solid contributor to the Yankees and their annual success.  2,130 games with no break is incredible.

And as a 6-time World Series Champion, Gehrig will go down as one of the greatest New York Yankees players of all-time!!!