Jeez, and I thought Allen Iverson traveled with a large entourage.  He’s got nothing on Darth Vader!!!  When asked to throw out the ceremonial first pitch at a minor league game, Vader made sure to bring his posse which includes several of his closest storm trooper buddies…  There is no way that these guys would have gotten past security at a major league ballpark!!

He’s probably going to have to take his robe to the dry cleaners now, clay stains!!!

‘Phun’ Times With Paul From The Blog ‘Phungo’

I just participated in a recent ‘Phungo 5’ with Paul from the blog, ‘Phungo’.  What Paul does is seek out other baseball card bloggers that cheer for the team his Phillies are playing at that time.  From there he offers up five clever questions about the teams, cities, and baseball cards linking those two teams together.

With the Phillies having just finished a 4-game set with the Marlins and now moving on to face the Cubs, Paul thought that I would be a perfect fit for his next round of ‘Phungo 5.’

You can read ‘Phungo 5 With 30-Year Old Cardboard’ by clicking here.

Thanks again Paul, that was ‘Phun’!!!

While hitting his record 61 homers for the New York Yankees during the 1961 season, Roger Maris never received an intentional-walk: Mickey Mantle was batting behind him. 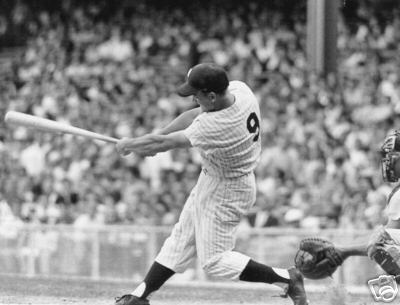 Quite possibly the most underrated player on the Oakland Athletics dynasty of the late 1980’s, Dave Henderson put up some monster numbers as a member of the ‘Bash Brothers’.  Hendu had an all-around game and although he was not an all-star, his talent level and skills on the baseball diamond were not that far from his superstar teammates.

It must be rough playing on an a team and being compared to players like Rickey Henderson(no relation), Jose Canseco, and Mark McGwire.  But Henderson did very well while in Oakland and helped lead the team to three consecutive World Series appearances.

Henderson’s greatest success came from his days with that powerful A’s offense, and he was a big contirbutor.  In six seasons with the team, Hendu smacked 104 home runs, drove in 377 RBI, and scored 366 times.  A truly well balanced player indeed!!!

For Hendu’s birthday, I thought I would try to help his cause out a little by posting an address where you can reach Mr. Henderson to obtain an autograph while also helping out a foundation he started that is trying to help find a cure for Angelman Syndrome.  For any of you that would like to make a donation and at the same time add a great autograph to your collection, you can write to Dave Henderson at:

Posted in Birthdays & Anniversaries, Stars from the 80's

On this day in 1973, Hank Aaron belted the 700th home run of his amazing baseball career.  This milestone came against the Philadelphia Phillies and pitcher Ken Brett, yes he is the brother of Hall of Famer George.  In the bottom of the third inning, Aaron crushed a 2-run home run and all of a sudden there were two members in the 700 home run club!!!

I’m sure that when Hank came into the league as a rookie nobody expected he would climb to the pinnacle of the sport and break many records along the way.  But with this home run he trailed the all-time leader by just 14 round-trippers and I am sure that the count down was on!!!

Heck, if blogging existed back then I wonder if anyone would have followed Aaron’s quest to top ‘The Babe’ in the same manner that ’30-YOC’ has chased Randy Johnson’s 300th win or Mariano Rivera’s 500th save.