Some New Player Collections I Will Be Working On

Over the course of my first year back into the hobby of collecting baseball cards I completed three very important player collections – Andre Dawson, Dave Winfield, and Rickey Henderson.  These 3 players were among my favorites as a kid and I think I did a pretty good job in honoring them and their careers by building these sets.

I have also been fortunate to add a handful of new Billy Williams cards to my collection which has gotten me closer to completing his set too.  And then there is Fergie Jenkins.  I cannot tell you how much this collection means to me.  I did not have a single card of Mr. Jenkins 1 year ago, and today I am just 4 cards away(1966-69) from completing that set as well.  I hope that I will be able to inch closer to completing each of these sets in the future.

That brings me to this point.  I want to go after a few more players that are special to me.  And again, 1 of my pre-requisites is that I have no desire to collect many modern cards or players.  I want to keep to my passion – which is baseball and baseball players from the past.

So with that, I bring you 4 new players I will be collecting now.  I still have a ton of work to do in regards to building checklists and organizing the cards of these guys that I already own, but that is part of the fun with this.  Pretty soon I will be up and running and my ‘Player Collection’ page will be updated with my new goals.

Greg Maddux – Just Cubs cards.  Maddux played for the Cubs from 1987-92 and then rejoined the team for the 2004 & 2005 seasons.  My goal is to get all of the base cards from the major companies issued during these years as a member of the Chicago Cubs.

Eddie Murray – Orioles Only!!  I have picked up a nice stack of Murray cards at the last 2 cards shows I have attended.  He is one of few players that looks great on each and every card so I plan to get them all.  Actually, just the one of his as an Oriole as this is the way that I remember him and his career.  Lucky for me his last season in Baltimore was 1988 and I believe his last cards of him in an O’s uniform was 1989.

Jim Palmer – Easily my second favorite pitcher from the 1970’s.  I have learned more about Mr. Palmer and his amazing career than possibly any other player in the last year.  He was an awesome pitcher and I think this will be a very fun player collection to go after.  That rookie card may be pretty tough though… 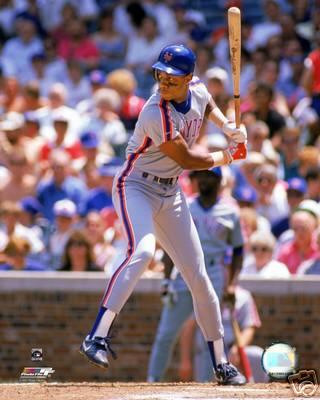 Darryl Strawberry – Just the Mets!!  I loved Straw as a kid.  His power at the plate was incredible and his speed on the base paths for a man of his size was something to see.  And even though he played for 4 different teams during his playing days, I only think of him as a Met – so that is all I will collect of him!!

There you have it.  4 incredibly different players – but all guys that have made an impact on the sport of baseball and my love for vintage baseball cards.

I will do my best to get checklists and my Player Collection page updated quickly so you can follow my journey with these 4 new collections I am going after!!!  Enjoy.

Why not invite the entire championship roster of the 2008 Boston Celtics out to throw out the first pitch at Fenway Park.  And while they are there, let them party their asses off on the pitching mound too…

What is the Over/Under on the number of intoxicated Celtics at the game???

Well, that was entertaining to say the least!!!  I have always enjoyed watching ‘the scroll’ on ESPN to get the most up-to-date scores and news from around sports.  But last night it meant something entirely different.

First, I want to congratulate Drew on winning the ’30-Year Old Cardboard 1st Anniversary Contest’.  He guessed that 137 total runs would be scored last night and he hit that number right on the head.  Congratulations!!!!

Please email me with your mailing address so I can get your prizes out to you quickly.  Enjoy the cards!!!

I also again want to thank each and every one of you that has helped make my first year as a blogger a great experience for me.  I never knew that it would be this fun and exciting.  Something tells me that year #2 may be better than my rookie campaign – no sophomore slump here!!!

One more look at the prizes that Drew has won: