The record for the most games played without appearing in a World Series is held by Rafael Palmeiro, who played in 2,831 games from 1986 to 2005. 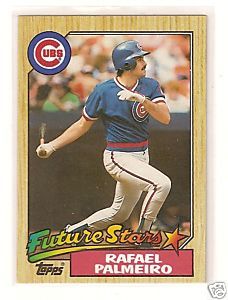 My take – One of the most dynamic offensive players I have ever seen, I would have loved to see what Rafael could have become with the national attention given to the World Series.  He has never gotten his due as one of the game’s greats!!!

One response to “Did You Know…”