I’m always looking forward to the future.  And the 2010 baseball season is no different.

It will be a pivotal year for the Marlins as they need to strengthen their fan base and sell season tickets for the new stadium that will open in 2012.

The offense is solid.  The defense is serviceable.  And the team’s pitching needs a ton of help…

And with a roster full of fun and talented guys, it’s a certainty that the team will not look identical to the one that was on the field in 2009.  Some guys will leave.  Some guys will be dealt.  And new faces will join us.

No matter what happens, I cannot wait!!!

Cameron Maybin was going to be ‘my guy’.  I have never been a prospector, and I know very little about team’s farm systems.  But there is something about this kid and his baseball skills that I find enjoyable to watch.  He has quite a bit of raw talent, and needs some more formal instruction, but he has the ability to become one of the more well-rounded center fielders in the sport.

Maybin debuted with the team in September of 2008 and took the team and league by storm for a few weeks.  After winning a starting job with the big league club he started 2009 on a bad note, striking out often and playing poor defense, and eventually was sent to the minors to work on his game.  Well, the time he put in did it’s job and Maybin again came back to the big league club in September of 2009.

After being called up, he appeared in 27 games.  And in those contests, he hit .302 while going 26-for-86.  He also scored 18 runs, hit 3 round-trippers, and most impressively cut down on his strikeouts.

If you’re a consistent reader of this blog, you know that Cody Ross is one of my favorite Marlins.

The main reason for this is that you can see the joy in Ross and his personality each and every time he steps onto the field.  I find this to be rare in today’s game and very refreshing.  I have never heard a negative word uttered about him and after meeting him a few months ago at a local appearance, I too have only positive things to say.

But it’s more than that that makes him a favorite.  Cody Ross has a knack for delivering the knock-out blow.  His ability to crush game-winning home runs, make run-saving catches, and break up no-hitters is what has done it for me. 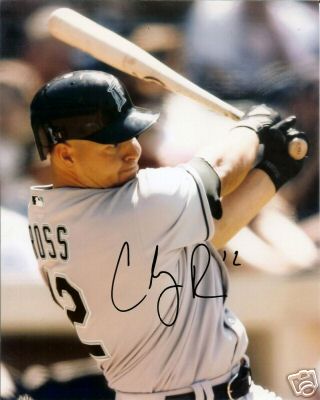 Dan Uggla continued to blast his way into the record books during the 2009 baseball season.

And while 2009 was not his most well-rounded offensive season, Uggla continued to deliver the long ball at a record pace!!

When you think about the great power hitter that the Marlins have had on their team and then of all of the amazingly talented second basemen to ever play the game, Dan Uggla is right there!!!

And it’s been amazing to watch!!!  Congratulations Dan!!! 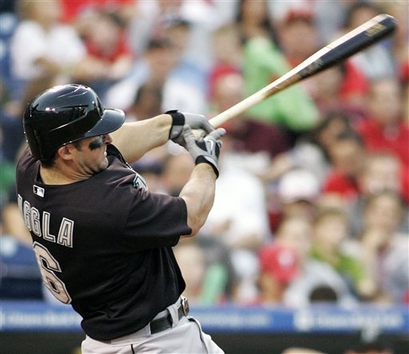 When I think about Chris Coghlan and what he has done since his call up from the minor leagues this year, I am even more impressed with the end result.

Coghlan finished the year with a .322 batting average and collected 162 hits.  And he missed the first month of the year…  WoW!!!!

There are two things that stand out most for me when I look back at his incredible debut season – his defense and ability to get multiple hits in a game.

Starting with his defense, it should be noted that Coghlan is an infielder, specifically a second baseman.  He has yet to see any action at second base so far in the majors.  He was the team’s left fielder and it looks like it will remain that way.  But what is most interesting is that Coghlan only played 1 game in the outfield as a minor league player – and that game was the one he played right before being called up to the majors!!!  That goes to show you ho naturally talented he is and how skilled of a player he is too.

Offensively, Chris Coghlan is not your ideal lead-off hitter.  He is not the team’s fastest player, and he will not steal bases for you at a torrid pace.  What he is though, is an incredible contact hitter.  A guy that uses all areas of the field, Coghlan consistently puts the ball in play, and he does it throughout the game.  In the 128 contests he participated in, he collected multiple hits in 50 games and had 3 or more hits 15 times.

Coghlan set all kinds of rookie offensive records for hits during the second half of the season, and I think he is the league’s best candidate for the Rookie of the Year award!!!

During the summer of 2008, Josh Johnson stole the title of ‘Ace’ from the Florida Marlins and he has not looked back since.

In 2008 he finished the season with a 7-1 record and he continued his winning ways in 2009 as he went 15-5.  His 75% winning percentage is the team’s highest winning percentage for a pitcher that has reached a decision in 10 or more games.

For the year, Johnson had a 3.08 ERA and finished with a career high 191 strikeouts.

Johnson made his first All-star game appearance this year and should get some votes in the Cy Young race too.

Congratulations Josh – hopefully this season was just the start of what’s to come!!!!

One of the game’s great/young talents, Hanley Ramirez took huge steps this year as he is on his way to being one of the sport’s most complete weapons.

Ramirez won the National League batting title with a .342 average.  And while I have always considered him to be a very good hitter, this season put him into the ‘elite’ group.  To me, it is even more remarkable than some of the other recent batting titles because Ramirez batted in a different spot in the line-up this year versus previous seasons.  Going from the lead-off spot to third is a tough transition.  And to do it so well and with very few issues shows you how enormously talented Hanley is.

For the year, Hanley collected 197 hits.  And while his power numbers and stolen bases were lower than they had been in previous years, he did eclipse the 100 RBI mark for the first time in his short career.

Well, the season is now officially over and it is time to reflect on the 2009 season.

The year was an up-and-down one for the team.  And while many players made significant improvements to their games, several faltered and did more damage than help.

The team started out incredibly well and were 11-1 after the first two weeks of the season.  From there, they basically played .500 baseball the rest of the way.  And while they did a great job of snapping losing streaks relatively quickly, they also lost a handful of games against teams that they needed to beat to keep up with the leaders in the division.  Most notable are the series sweeps that the team suffered at the hands of the Pirates and Nationals that are inexcusable when they are series’ that are tagged as ‘easy wins’.

Overall the team finished 87-75 which was good for second place in the National League East behind the defending World Series champion Phillies.  Staying in the playoff hunt through the final week of the season is more than most ‘experts’ predicted for the team.  And while I am thrilled overall with how the team played all year long, they have consistently proven that any line-up they put on the field will compete with the league’s best teams up until the season’s final weeks. 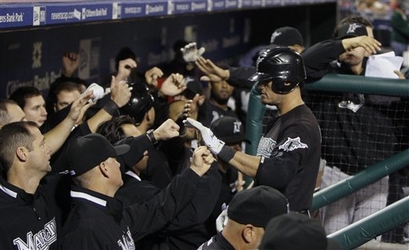