Where Have All Of The A-Rod Haters Gone???

As I sit here and get ready for the start of Game 6 between the Yankees and Angels, I have to wonder where all of the A-Rod haters have gone…

Being the highest paid player in  the sport will come with a ton of expectations and criticism.  And while A-Rod has yet to be successful in the playoffs prior to this year, I see very little on the web about how he has carried the Yankee offense into this Game 6 showdown.

I don’t know why, but I expect the same levels of criticism and credit to be given by the media yet it rarely happens that way.  For years Alex Rodriguez has been tagged as a fraud or a choke artist.  He has had to carry that burden with him while still putting up amazing numbers during the regular season.  And this year, while he is batting close to .400 in the playoffs and driving in runs at a record pace he gets very little attention.

Listen, the Yankees line-up is full of stars.  Full of guys that can carry a team and an offense.  But A-Rod is the one doing it!!!  It’s time to give him some credit, pat him on the back, and thank him for making watching each and every at-bat he has had in the playoffs enjoyable!!! 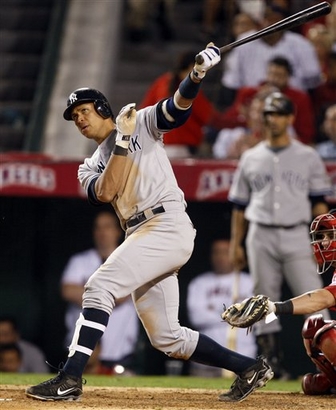 7 responses to “Where Have All Of The A-Rod Haters Gone???”