I am not ashamed or embarrassed to admit that I patrol Ebay often.  Quite often in fact…

The hours I keep are odd.  My wife and kids leave for work and school an hour or so before I have to.  And at night, I am up multiple times to either sooth a crying baby or hang out with a funny 3-year old that wants some attention and affection.

For some odd reason, the baby only wants me at night.  To my wife’s delight, she gets to sleep while I get to play ‘dada’.  And instead of turning on the television while I hold him, I turn to the computer.  And it is during those times that I surf the web, work on the blog, and shop around.

And in the last few weeks, ‘Dawson-Mania’ has swept over Ebay.  Currently, I have 30-40 different saved searches in ‘My Ebay’, and probably half are related to Andre Dawson.  I have seen the number of auctions for these specific searches more than quadruple in the last 2 weeks.  Overall, there was a steady flow of 200-250 active auctions featuring Dawson prior to his Hall of Fame election.  But since then, the number has never dropped below 500!!

And the prices are incredible!!!  Items that were listed again and again with no bids are now sold.  Items that were selling for $3 are now coming close to $10.  Autographed items that were getting 1-2 bids are hitting double-digits.  And the new stuff is going at prices that are through the roof.

Check out this 2009 Topps Tribute card.

I am very thankful that I was able to stock up on Dawson stuff like I did prior to January 6.  I added some great stuff, some of which I have yet to show off.  Lucky for me that I have enough to hold me for a few weeks until this huge spike in popularity and prices dies down a little.

If the prices and action for Andre Dawson related items stays this hot for more than a month or two, I may have to put the collection on the back burner – my wallet can’t take this!!! 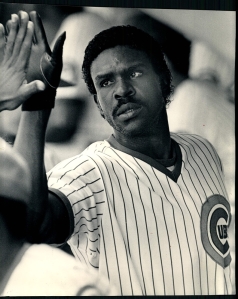 But I do have to admit that I love the attention Andre is getting.  It’s long overdue!!!

The 1988 Donruss Baseball’s Best design is not an award winner.  But for a card featuring a Baltimore Orioles player, it works well.  Very well, in fact!!

There is such a strong presence of the color Orange throughout the border of this card that any card featuring a team not using that color in their uniform instantly makes the card fail.

If you’re keeping track, cards of the O’s, Mets, and Astros have a leg up on this set.  The rest of the teams in the league are a step back.  Way back!!! 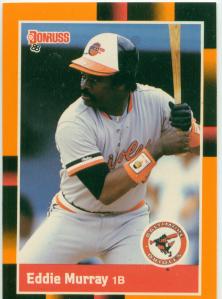 Posted in Eddie Murray Collection, Stars from the 80's

The most Gold Gloves any player has won is 18 by Greg Maddux.  Both Brooks Robinson and Jim Kaat won 16 apiece. 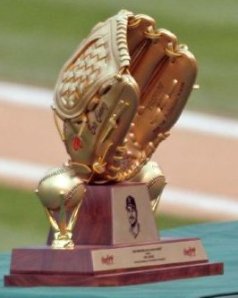