The Florida Marlins Prepare To Battle With A 3-Headed Giant From San Francisco!!!

The Florida Marlins Prepare To Battle With A 3-Headed Giant From San Francisco!!!

Starting with tonight’s game, the Giants are in town for a 3-game series with the Marlins.  Over the last 15 years, that meant that the mighty Barry Bonds was going to be here, but now it is the talented Giants’ pitching rotation that is getting the attention.

First up is Tim Lincecum, the reigning 2-time Cy Young award-winning pitcher.  On the year, he is 4-0 and he brings in a very low 1.27 ERA.  In 35 innings of work in 2010, Lincecum has struck out 43 batters and the league is hitting just .175 against him.  After Lincecum, comes a rejuvenated Barry Zito, who is also off to a 4-0 start on the season.  He too sports a low ERA of just 1.53.  Almost unhittable, batters are hitting just .167 against Zito so far this season.  Lastly, there is Matt Cain.  The Giants #2 guy for the last few years, Cain is 1-1 on the season and sports a 2.84 ERA.  A master of control, Cain has struck out 24 batters this year while walking just 7.

The Marlins will certainly have their hands full versus the Giants during this 3-game stint.  But, their bats are heating up.  Dan Uggla and Jorge Cantu are driving in runs like mad, and Hanley Ramirez has three home runs and 7 RBI in his last two games.  If Cody Ross, Chris Coghlan, or Gaby Sanchez can get hot, the Marlins should be able to fight off the Giants’ incredible starting pitching.

Personally I see more opportunities for the team when they reach the bullpen in the later innings.  That’s if they get to face the bullpen… 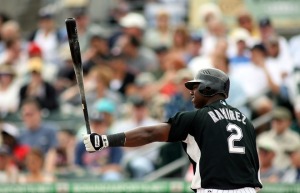 One response to “The Florida Marlins Prepare To Battle With A 3-Headed Giant From San Francisco!!!”