A Statue Honoring Ron Santo Is Coming To Wrigley Field!!!

A Statue Honoring Ron Santo Is Coming To Wrigley Field!!!

CHICAGO — The Chicago Cubs will honor Ron Santo with a statue outside Wrigley Field and the team will wear a special patch next season to pay tribute to the former broadcaster and third baseman.

The Cubs said Saturday that Aug. 10 will be “Ron Santo Day” and they will unveil the monument before their game against the Washington Nationals.

“If you are at the field on Aug. 10 to celebrate No. 10, you will see a Ron Santo statue being unveiled and it will be a wonderful way to remember him,” Cubs chairman Tom Ricketts said.

Santo becomes the fourth person with a statue of his likeness outside the cozy neighborhood ballpark, joining Ernie Banks, Billy Williams and Harry Caray. The location of the statue is still to be determined.

I had drooled over this card way before I declared myself as a Ron Santo player collector.

I have always enjoyed the 1961 set and its basic design.  The Santo card offers us a nice, large photo with Wrigley Field and the visiting team’s dugout in the background.

It’s not too often that a player’s first major brand issue features such a nice achievement!!! 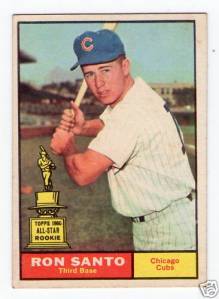 I’m beyond thrilled to have one of these beauties in my collection!!!

Ron Santo – From The Field To The Booth

Ron Santo – From The Field To The Booth

After an incredible 15-year baseball career, Ron Santo retired from the sport he loved as a kid and played professionally as an adult.

After retiring, he kept busy with other business ventures in and around the Chicago-land area.

And in 1990, the Cubs came calling.  This time they wanted him to be part of their broadcast team.  Santo has a undenyable love for the game, the Cubs, and the sport’s history.  His enthusiasm and passion were evident from his very first broadcast. 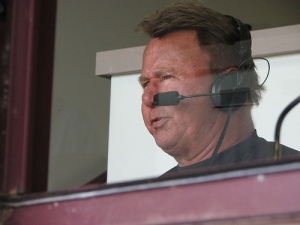 I don’t believe in hexes or hoaxes or jinxes.  But if you ask any of the players on the 1969 Cubs or Ron Santo about the night that a black cat crossed his path as he stood in the on-deck circle and you may get a different reaction.

What resulted next was one of the biggest flops in major league history – a heart breaking tale for all Cubs’ fans!  The hated Mets, who were down close to 10 games, put it into over-drive and slowly pushed past the Cubs all the way to the World Series title. 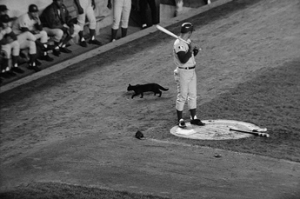 On September 28, 2003, the Chicago Cubs retired Ron Santo’s #10.  He was the third player in Cubs’ history to receive that honor – behind Ernie Banks and Billy Williams.  Since then, Ryne Sandberg, Fergie Jenkins, and Greg Maddux have all had their jerseys retired by the Cubs as well.

Not bad company at all.  Nope, not too shabby… 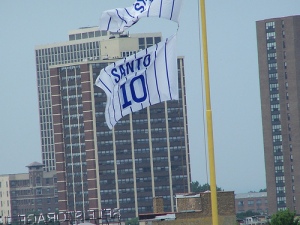 Ron Santo Has A Beautiful Signature!!

Ron Santo Has A Beautiful Signature!!

Penmanship counts.  In elementary school we were graded on our ability to write clearly.  And while we all would/could do well if we took our time, being rushed and sloppy is not going to help your cause.

It really looks like Ron Santo takes time with each signature he provides.  Personally, I have 3 autographs of his – a book, a ball, and a card.  And all 3 look great!!

Here is an example of what I am talking about.  Anytime you can read out the name clearly, it is a good thing!! 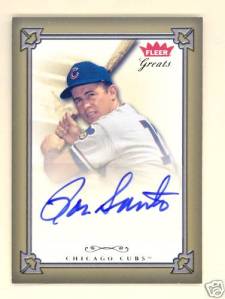 When you’re on a team that features one of the greatest power-hitting infielders of all-time in Ernie Banks and one of the sweetest lefty strokes in the game’s history of Billy Williams, it is tough to stand out as an offensive threat!

But that is just what Ron Santo did.

He crushed 342 home runs during his 15-years in the big leagues.  While he never hit more than 33 in any single year, Santo reached double figures in 13 consecutive years while also eclipsing the 25 HR mark 8 times. 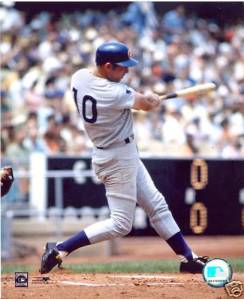 Ron Santo was an elite defender during his playing days in Chicago.  Whether at home or on the road, Santo put his body on the line each and every time a play needed to be made at third base.

From 1964-68, Santo won 5 National League Gold Glove awards.  And when you talk about the greatest defensive third basemen of all-time, Santo has to be in the discussion right behind Brooks Robinson and Mike Schmidt. 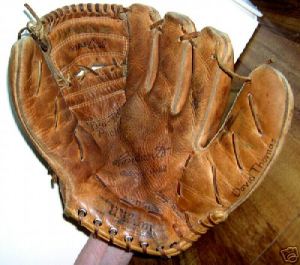 Ron Santo would have turned 71 years old today.  It’s still very saddening that Santo is no longer with us – but the greatness that he left with the Cubs organization, the city of Chicago, and to the world of diabetes education and treatment will live on forever.

One of Chicago’s favorite sons, Ron Santo enjoyed suiting up for the Cubs for 14 years as a player and then for close to 20 years as a radio and television broadcaster. 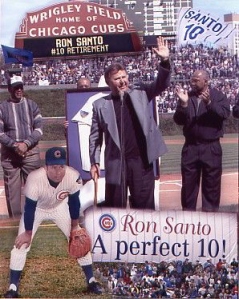