This baseball card is now 43 years old.  I hope I look this good when I am 43!  LOL!  Thankfully that number is still a few more years away…. 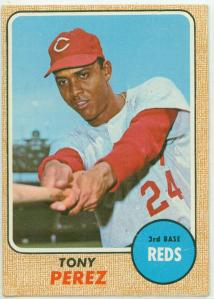 A fantastic addition to my Tony Perez collection!!!

Taking the 1984 Topps baseball card and re-issuing it 17 years later, the 2001 Topps Archives brand brought some of my favorite card designs from my youth to the modern collector.

And while some may have issues with that, I don’t!  Hell, it has to be hard to develop as many new baseball card designs as what the companies have been issuing.  Why not go back and re-issue some of the better, more classic ones?

It definitely works for me.  And it works for this Fergie Jenkins card from the 2001 Topps Archives set too!! 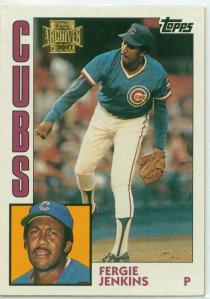 This one, from the 1978 Topps baseball card set, features a sweet Red, White, and Blue All-Star badge in the upper-right corner.  And while relatively small in stature, that badge can be interpreted as ‘This Guy Is A Bad-Ass Baseball Player’. 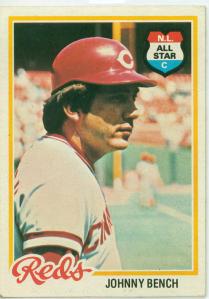 I am on the fence on this one…

The card shows of his funny side, but is that necessary?

You be the judge.  Maybe you can sway me one way or another…  Until then, I will remain on the proverbial fence. 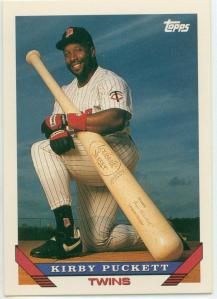 No one has a higher career batting average that Ty Cobb, who batted .366 over his 24-year major league career. 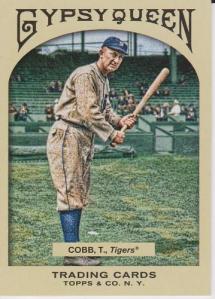 Andre Dawson had no inkling that anything was a amiss when he played softball at a fundraiser in Toronto a week ago with fellow Hall of Famer and former teammate Gary Carter.

Dawson was among many in baseball surprised and saddened by Saturday’s announcement that Carter has four small tumors in his brain. Carter, who played with Dawson in Montreal and a former Marlins broadcaster, will have more tests Thursday at Duke Medical Center.

“He was just regular Gary,” Dawson said of their recent encounter. “He looked as fit as ever. So you just never know. I will say a prayer and I just hope everything works out OK.”

Dawson said he attempted to reach Carter and left a voice message.

“We just have to wait, cross our fingers and see what happens from there,” Dawson said. “I just pray for him and hope this thing is nothing serious.” 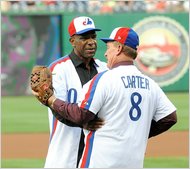