Now this here is a glorious baseball card! 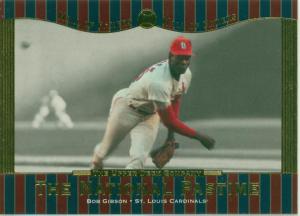 See, so many outstanding elements, yet none take away from the beauty of a phenomenal photo.

Let me list for you my Top 4 design elements of this card:

2.  Perfect use of the color Gold in the frame around the image and nameplate

1.  Excellent highlights of Red on Gibson’s cap and uniform are a perfect match to the Black and White photo.

While it definitely looks like one, it is an imposter.  The card you see below was issued by Topps in 2002 set called ‘Archives’.

And I am not complaining one iota.  For a player collecting guy, cards like these are a dream come true – more to collect of the guys we like that have long since retired from the sport.

Another one for the collection – YES!!

Fine, I am a year late in adding this card to my collection.  But I am good with that – because the card is a beauty. 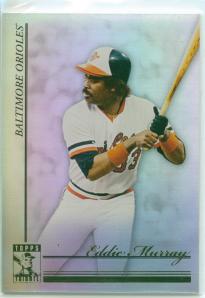 Just a classically designed baseball card that lets its photo do the talking.

Man, I love me some Topps Tribute!!!

If this photo was taken just a few mili-seconds before, it would be so much better…. 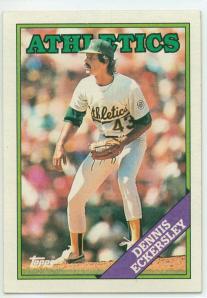 Pendleton was the National League’s MVP during the 1991 season.  And he was also the runner-up for the award in 1992 as well.  Raising his game to new heights during those 2 seasons, Pendleton hit .319 and .311 respectively.  In those 2 campaigns, he collected 386 hits, including 73 doubles, 9 triples, and 43 home runs.  He was also a scoring machine as he scored 192 times while also stealing 12 bases.

Pendleton played in 5 World Series match-ups for the Cardinals and Braves.  His teams lost all 5 series’.

CHICAGO — Shortstop Hanley Ramirez became the third Marlins player to reach 1,000 hits  Friday when he slapped a single to left-center field in the ninth inning off  Cubs closer Carlos Marmol.

Ramirez – who was thrown out on his milestone hit, trying to stretch the  single into a double – might say he’s not thinking about 3,000 hits, but  it’s hard for him not to. After all, his childhood idol – Yankees shortstop  Derek Jeter – reached 3,000 hits just last weekend.

“I’m so happy for Jeter,’ said Ramirez, who wears No. 2 in honor of the  Yankee captain. “Not everybody can do that. You just got to stay  healthy.’

Ramirez is in the middle of his sixth major-league season. If he can stay  clear of major injuries, he could play at least a dozen more seasons. But  whether he can maintain the same hitting pace is another matter.

He’s batting fourth now. He batted first during the first three years of his  career before going to the three hole in 2009 when he hit .342 to win a  batting title.

Ramirez needs five hits to tie Jeff Conine for second place in hits in Marlins  history. Luis Castillo is the franchise leader with 1,273.