You may recall that a few months ago I sent in a baseball for a Harold Baines signing.  Well, I actually sent in two baseballs for that event.

1 was for me, and 1 was for a reader of this site – McGee-Fan51.  Gerad has been a loyal reader of this blog since the beginning, and he also happens to really like Harold Baines.  So, I hooked him up.

And as ‘payback’, Gerad took care of me at a recent autograph signing he attended in St. Louis.  The player?

Here is the ball:

Clark has a pretty sweet autograph, huh??  And for a slugger, his signature is quite artsy…

Clark was a true slugger during his playing days!!  From the moment that Clark earned a full-time job in the majors, he was producing runs at a torrid pace.  In total, Clark crushed 340 homers and drove in 1,180 runs.  He smashed at least 20 home runs in 11 of his 18 big league seasons, with his career high of 35 coming in 1987.

Man, trying to grab all of these 2011 Topps Andre Dawson baseball cards has become a bit of a challenge.

Here is my latest score:

This card is known as the ‘Diamond Anniversary’ version from the 2011 Update set.

And yes, it is as shiny as it looks in the scan!!! 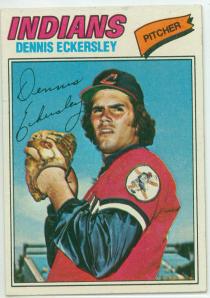 Man, of all of the players that I collect, I believe that it is Dennis Eckersley whose image is most representative of the era.

I mean, you would absolutely say ‘1970s’ when looking at this photo, right???

Wade Boggs holds the record for the most consecutive seasons with at least 200 hits and 100 walks.  The Hall of Famer accomplished the mighty feat in four straight seasons – from 1986 to 1989. 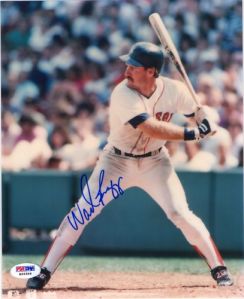