This is the 3rd or 4th card that I have grabbed from this set of cards issued by Topps.  And with the theme of ‘1970s Super Teams’ you would think that a collector like myself would enjoy these cards a little more.

Well, they’re nice, but not super!  In fact, of the few that I have picked up – this one of Jim Palmer is the best.

I love the photo that Topps chose for this card.  And the frame that surrounds the photo works well because it does not take anything away from Palmer’s photo. 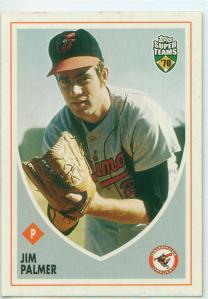 And I also really, really like that vintage O’s logo in the lower-right corner too!!!

While certainly not the best action photo of ‘Doc’, I do like that Score went out of their way to include the ball being pitched.

As for Gooden and the 1993 baseball season, it was hardly ‘Gooden-esque’.  It was Gooden’s second straight losing season in the majors – he went 12-15 in 29 starts.  He also saw a significant decline in his K:Walk ratio, coming in at just 2.44:1. 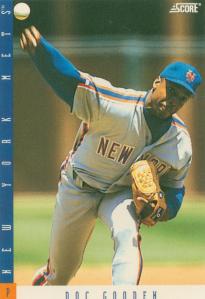 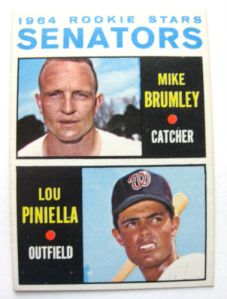 Posted in 'My First Time'

A man with one of the largest personalities in baseball during his playing days, Kruk was always a fan favorite.  Although Kruk did not look like the prototypical baseball player, or athlete for that matter, he was as talented a hitter as there was in the late 80’s.  In Kruk’s 10-year playing career, he hit .300 or better 7 times.  And when he retired from the sport, he left with a career batting average of .300 while amassing 100 home runs and 592 RBI.

But for Kruk’s birthday I want to give him something else.  Something nobody else may think of to give him.  I want to give him 1 more double.  I mean, who wants to retire from the game with 199 doubles when 200 sounds so much better?  So, ‘Krukkie’ my gift to you is 1 more ‘2-bagger’. 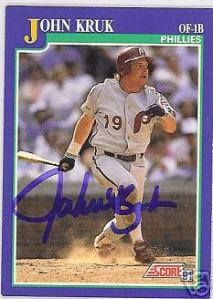 As a player, Mookie was a run-scorer!  In 12 seasons, he scored 731 runs, with his career high of 91 coming during the 1983 baseball season.  His great speed was also used for getting him into position for scoring all of those runs.  Mookie amassed a solid number of doubles and triples, with 227 and 71 respectively.

Wilson is probably best known for the base hit that led the New York Mets to a win in Game Six of the 1986 World Series.  That hit, and play, is baseball history and Wilson was the catalyst. 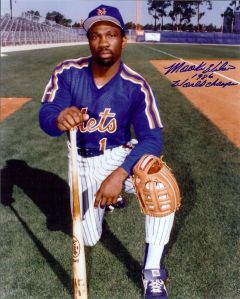