Now that my Dwight Gooden collection is complete, it is time to show of my favorite five cards from the set.

As a kid collecting baseball cards in the mid-1980’s, I was a HUGE fan of these ‘In Acton’ baseball cards.  I always wished that Fleer continued with these, and I absolutely preferred them over the multi-image cards that Upper Deck gave us a few years later.

I’m not sure that I can categorize this as ‘Bulking Up’, but I can definitely say that I have knocked out two needs with one stone on this one…

I recently scooped up this lot of two O-Pee-Chee baseball cards from the 1983 set that feature Hall Of Famer Ferguson Jenkins.

Not too shabby, huh?

And for me, the price tag of just $1.00 was an invitation that I simply could not resist!! 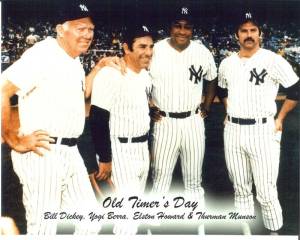 Hornsby’s major league career began in 1915 at the tender age of nineteen.  A staple in the St. Louis Cardinals’ line-up for more than a decade, Hornsby had offense down to a science as he quickly became the best hitter in the sport.  He From 1920 to 1925, his average never dipped below .370 while peaking at .424 – while racking up six batting titles in the process.

After his tenure in St.Louis, Hornsby moved on to New York, Boston, Chicago, and eventually back to St. Louis.  And during that journey, the hits kept coming…

By the end of his 23 seasons, Hornsby had amassed 2,930 career hits.  His lifetime batting average of .358 ranks as the second highest in major league history behind Ty Cobb.  In total, he collected seven batting titles and two MVP awards as well.

Happy Birthday Mr. Hornsby.  Your impact on the game is not forgotten!!!