I was not collecting cards back in 2003, but I wonder if this release by Donruss was a popular one.

I have picked up three cards from the set that feature Reggie.  And they all look great.

Reggie suited up for four teams during his major league career.  And he is featured wearing the uniforms of three of those teams in this set.  And they all are pretty sharp.

But, this does make me wonder – Why no card of Reggie with the Orioles???

Jeez, I would have to think that Jim Abbott was one of the most photographed baseball players in the late 1980’s and into the 1990’s.

So then why in the world would a baseball card company that was trying to compete for market-share in the hobby issue a card of one of the sport’s most popular players that looks like this??? 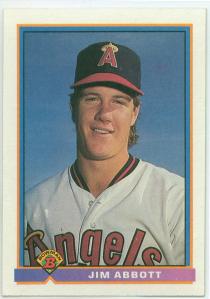 One of the world’s great mysteries!!!

From Young – ‘I went out to pinch run, and the PA announcer say ‘And now entering the game as a pinch runner and making his major league debut…’ and the crowd started booing me.  I could not believe it’.

The Boxscore – A’s 7, Rangers 5.  Young enters the game as a pinch-runner.  He does not get an official at-bat. 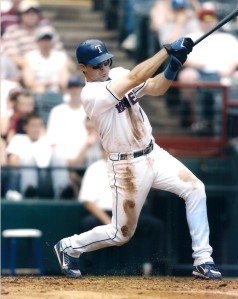 Posted in 'My First Time'

On this day in 1993, Reggie Jackson was inducted into the National Baseball Hall of Fame.

A colorful player both on and off the field, I am fairly certain that Reggie’s speech was a classic.  If only there was YouTube back in 1993…

A member of the ‘500 HR Club’, a league MVP, a 5-time World Series champion, and a Hall of Famer, it does not get much better than Reginald Martinez Jackson!!! 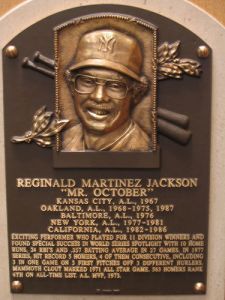 It is always fun for me to go back and visit in the history of ‘The Fish’.

And while I was living in Chicago when the team made its major league debut in 1993, I was watching from afar.

Many of the players amounted to very little as it relates to major league accomplishments.  And this team looks nothing like the squad that would go on to win the World Series just five seasons later.

Still, it is fun to check out the cards and the players that made up the team back then. 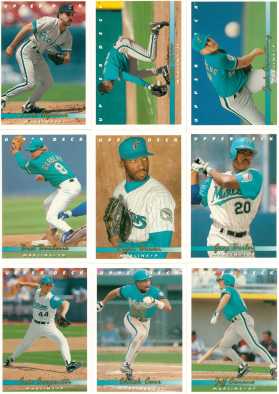 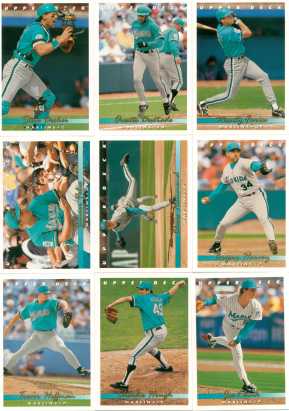 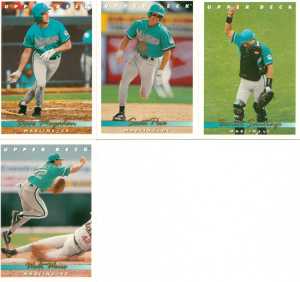 And a few extra cards that are not part of the team set: 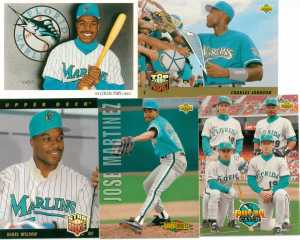 I miss all of that teal.