It’s amazing how this team set looks nothing like the team of players that would go on to win the World Series title just one season later.

Yes, some of the pieces were in place, but not enough to truly remind me of ‘my team’ that won the championship just one season later.

Here is the set: 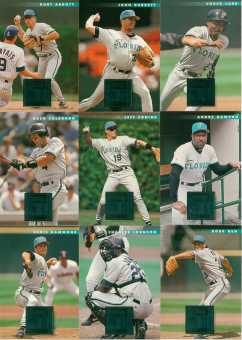 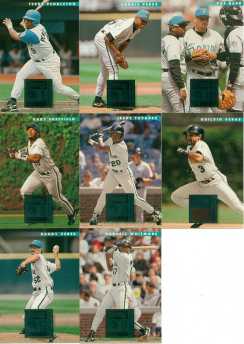 Kind of funny, but Andre Dawson’s card looks a lot more like that of a coach than a player.  1996 was Dawson’s final season in the majors, and he played in 42 games that year.  The least that Donruss could have done was give us one final card showing Dawson at the plate or in the field.

It does have me wonder what kind of coach Andre could be.  He has stated publicly that he has no intention of becoming a manager – but I know one thing:  He would not accept any of the crap that some of today’s ‘stars’ bring to the game.