I’m excited to see the love that Topps has been giving Gary Carter over the last year.  And the photo selection that they made for Carter’s card in the 2013 Topps Gypsy Queen baseball card set is superb. 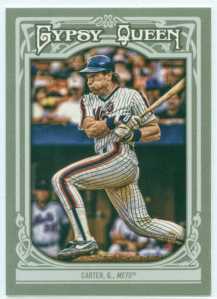 As you can see, Carter is in the midst of a mighty swing in which he put every ounce of his energy.

And yes, I love those old Mets uniforms too!!

Based on the angle that Schmidt is holding his head at during the follow-through of his swing, I think that I am right when saying that he connected for a home run on this swing. 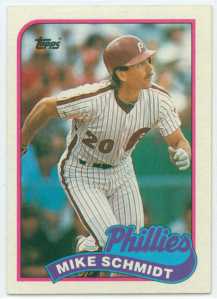 On this day in 1993, 2-time MVP Dale Murphy retired from the sport of professional baseball.

One of my favorite players as a kid, Murphy’s retirement in 1993 was the start of seeing some of my idols leave the sport of baseball.

My memories of watching Dale Murphy play are endless. Being a fan of the sport, and having no ‘home’ team to cheer for in Florida during my childhood, I drifted to the teams I was able to watch on television. WTBS, WGN, and WOR game me my baseball fix. And of the guys that I drifted towards – Murphy was prominent.

His skills as a player were endless. Whether it was delivering home runs or making incredible plays in the outfield, Dale Murphy was one of the best players in the game for more than a decade – and I enjoyed watching all of it!!

Thanks for the memories ‘Murph’!!! 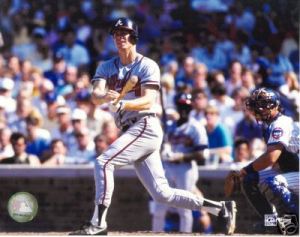 I have to say that of all of the players in the 40-ish age group that are no longer active, I think that Frank Thomas still could be a great contributor in the majors today. Thomas was a rare player and his offensive abilities were limitless. Had it not been for injuries that effected his daily performance and eventually prematurely ended his career, Thomas would certainly have gone down as one of the greatest ‘Big Men’ in the sport.

Next up for ‘The Big Hurt’? Cooperstown!!! 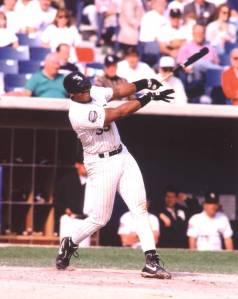 The heart and soul of the Houston Astros franchise for 15 seasons, Jeff Bagwell was beloved by the very faithful Astros’ fans.

Bagwell would probably be labeled as a slugger, but truth be told, he was a fantastic hitter as well. With a lifetime batting average of .297, Bagwell reached .300 or better in six of his 15 seasons. And in those 15 years, he collected 2,314 hits that included 488 doubles, 1,517 runs scored, and 1,529 runs scored too. Mixed into all of those hits, Bagwell connected for 449 home runs. Partly due to his physique and partly due to his seven seasons of hitting at least 34 round-trippers, Bagwell was considered an offensive threat regardless of whether the team needed a single or a three-run homer to win the game.

Bagwell’s resume includes winning the Rookie Of The Year and Most Valuable Player awards. He was a 4-time All-Star and also won 2 Silver Slugger awards and a Gold Glove.

Thank you for all of the entertainment that you provided.

Cooperstown may be calling you soon…

This one comes from the 2012 Topps Golden Moments subset and it looks great.  The bright Blue signature perfectly complements the Blue of Dawson’s Expos uniform.

And I am really liking the Expos logo that has been added as a graphic element to the home plate logo of the card. 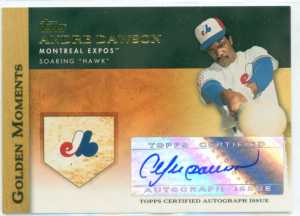 A solid addition to my collection.

And I am ready to go after more!!