I skipped Ebay as my first path to rookie cards and I jumped right into http://www.sportlots.com.

And that decision turned out to be a pretty wise one.

I nabbed this card of Stanton for a quarter.

Coming from the 2010 Topps set, this is the Gold framed version of his rookie card from the set.  I love the horizontal look of the card – and the throwback to the old Marlins logo and colors is something I will always enjoy!!

And this one, like the others, is a beauty!!

Because Joe Morgan was such an offensive weapon, many of the baseball cards he is featured on (both vintage and modern) show him either hitting or running.  It’s nice to see him playing defense on this one.  The image works extremely well with the GOTG card design, and the Blue frame works nicely with the Reds color scheme.

There is an autographed version of this card out there.  Hopefully, in time, it will be mine!!

This is the Rob Dibble card from the set: 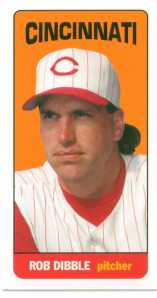 Rob Dibble’s major league baseball career may have lasted just seven seasons, but he was wildly popular during that time.  A member of the Cincinnati Reds bullpen with the moniker of ‘Nasty Boys’, Dibble was a hard-throwing closer that amassed 89 career saves.

Dibble was a fan-favorite in Cincinnati, but earned more recognition during the 1990 World Series when he appeared in three games for the Reds in route to a sweep of the Oakland A’s and a World Series Title.  In those three games, Dibble pitched 4.2 innings allowing zero runs while striking out four and walking one.

The first pinch hit home run in World Series history was belted by Yogi Berra in Game 3 of the 1947 New York Yankees. 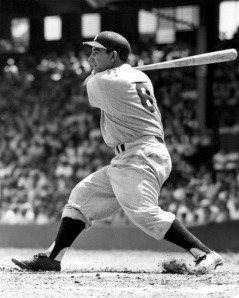 Finally, the first weekend of the month is upon us as I am eager to get to another baseball card show as I  have been itching to pick up some new cards for my collection.

This is the second time that the show will be held at its new location and I am eager to see if that affects the attendance or dealer turnout.  My hope is that I see a few new dealers and a lot of new faces shopping for and buying cards.

As for my personal goals for the show, I have a few.  But, I also want to be ready to dig into new dealer displays so I want to keep my mind open for this one.

I will say that I am a little concerned that some of the dealers have headed North for the National Card Convention in Chicago.  Hopefully, I am still able to find enough to hold my interest…

Some of the things I am looking for: 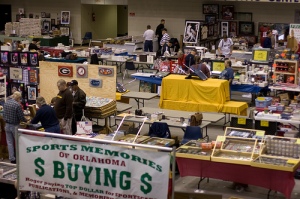 Have a great weekend everyone.  And don’t forget, I will have a full card show recap for you on Monday that will include all of my purchases.