I agree with most baseball fans that say state that the Home Run Derby held on the eve of the All-Star game has gotten monotonous.

But then there are those moments that capture everyone’s attention and take us all back to celebrating the sport and it sluggers as we did when we were kids.

And that is what Cal Ripken did during the 1991 Derby.  In a pack full of sluggers like Cecil Fielder, George Bell, and Paul O’Neill, it was Ripken who stole the show in Toronto as he launched 12 home runs during the competition; easily outdistancing himself from the other seven competitors!!! 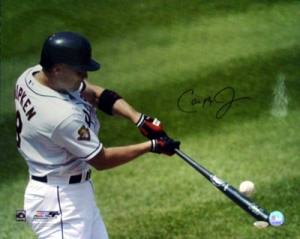