Originally when I thought of this pairing, I thought it would be fun to put up two members of the ‘500/3000 Club’ up against one another.

But, when you factor in Rafael Pelmeiro’s numbers and how he got better and better with age after teaming with other PED-suspected players on his roster, and it is pretty obvious how long Raffy did steroids and how his individual numbers really started to soar into un-Palmeiro-like tallies.

Still, I thought the conversation would be fun.

The stats don’t lie – these numbers are unreal: 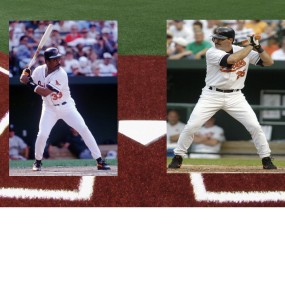 Both of these guys amassed some very lofty numbers.   And while there are a few cases in which Palmeiro outshined Murray, all of them can be linked to a spike in annual input right around the time when it was believed that Raffy was juicing.

Looking at the numbers side-by-side really just makes me appreciate Eddie Murray even more.  Anyone that ‘did it clean’ for as long and consistently as he did it is deserving of praise – so ultimately that is what this week’s ‘Hall Of Fame Debate’ is all about – the praise of ‘Steady Eddie’.

You can still cast you vote if you’d like, but there really is no need.  Everything that Rafael Palmeiro accomplished individually in the baseball world is forever tarnished and it is deplorable that he stands as just one of four baseball heroes to launch 500 home runs and connect for 3,000 hits during their careers.

Instead of casting a vote tonight, please take a minute and appreciate the solid, legendary career of Eddie Murray instead. 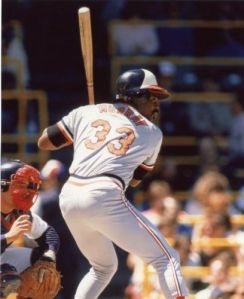 I promise that next week we will get back on track with the debates.  Sorry for the tirade…