I continue to work to add more cards from this set to my collection set since officially declaring that I wanted to build the full set as one of my 2013 collecting goals.

This is the 7th card in the set, a re-print of Aaron’s 1960 Topps baseball card:

Hank Aaron’s offensive output was so spectacular in 1960 that I was shocked to find that he finished 11th in the MVP voting at the end of the year.  Aaron led the league in three categories at the conclusion of the season: RBI (126), Total Bases (334), and sacrifice flies (12).  In addition to that, he connected for 172 hits which included 20 doubles and 40 home runs.  He scored 102 runs, stole 16 bases, and struck out just 63 times in 664 plate appearances.

Vince Coleman and Willie McGee were two of my favorite players as a kid.  So, you could imagine my excitement as I found that in the 1986 Donruss baseball card set that both players would be featured on a single card.

It’s too bad that the card did not live up to the hype…. 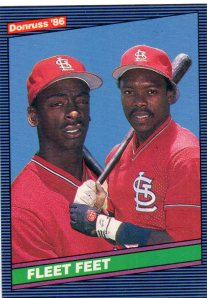 What a horrible photoshop job on this one…  Even as an 11-year old kid, I knew that this card was just plain awful.  I remember saying to myself, ‘couldn’t they have just taken a picture of the two of them standing next to each other’??

I was pretty sharp back then, huh???

On this day in 1977 Andre Dawson won the National League’s Rookie of the Year Award.  In a very close vote, Dawson edged out Steve Henderson by capturing 10 of the 24 votes placed, good for 42% of the votes cast.

Congratulations on a fantastic start to an unbelievable career, Andre!! 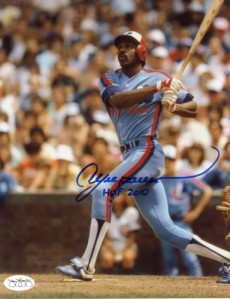 On this day in 1967, Rod Carew captured the 1967 American League Rookie of the Year Award.  The voting was far from close as Carew captured 19 of 20 first-place votes, good for a 95% tally.

Congratulations Mr. Carew.  Certainly a great start to a fantastic and brilliant career!! 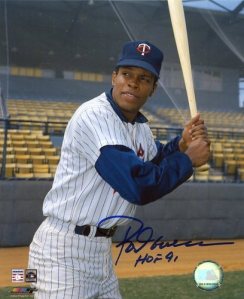 BALTIMORE — The Orioles will wear a commemorative patch on the right sleeve of all game jerseys for their 60th anniversary season in 2014.

The patch was unveiled on the club’s Twitter account on Monday, and it uses the 1954 Orioles script and the ’54 bird as well as the current Oriole bird. The three stars at the bottom represent the organization’s three World Series championships.

The O’s have not announced celebration plans for their 60th anniversary season, although those are expected to be unveiled in December.

It will mark the fourth consecutive season the club has worn a patch on the right sleeve, with last season’s honoring the late Earl Weaver.

We all know that without David Ortiz’s performance in the 2013 World Series that the Boston Red Sox would have been more challenged for the title.  His performance was epic, by all standards, and he deservedly was crowned as the World Series MVP.

In February of this year, we debated Ortiz’s Hall of Fame eligibility and gave our thoughts on his potential induction into Cooperstown.

The end result of that debate was pretty split.  You can review that original post here.

My question tonight is this – Did Papi’s performance in the 2013 World Series change your mind?  Did that sole series change your opinion on him?  We know it built his legacy as a player – that is not questionable.  But, did it elevate his status when you think about him as a possible ‘Hall of Famer’. 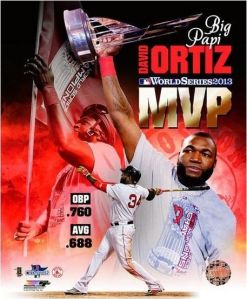 For me, I had him penciled in as a future HOF’er before this season started.  His 2013 WS performance only solidified that stance in my eyes.

What do you think??  In 6 games, does your vote now swing towards David Ortiz and his future as a Hall of Famer?