The 2013 Topps Update baseball card set includes a subset tagged as ‘Postseason Heroes.  And with that theme, you would expect to find cards of modern players like Albert Pujols, Edgar Rentaria, and Pablo Sandoval but none of these guys made the checklist.

This is the card of George Brett from the set:

Brett’s team in 1980 lost the World Series to the Phillies, but in 1985, he and his Royals teammates beat the Cardinals in 7 games to land Brett his first and only World Series championship.

I really like the close proximity of the seated fans to home plate that this card of Andrew McCutchen from the 2012 Bowman baseball card set shows off.

McCutchen took his game to another level in 2012 and became an MVP candidate for the first time of his career.

Yep – It took me a long time, but I finally landed another Vince Coleman rookie card for my collection of cards that honors Vince’s career with the Cardinals.

Oddly enough, the picture used for his Fleer rookie card was taken at the rival’s home – Wrigley Field. 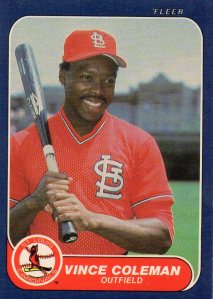 Still, the card looks very nice.  And while the 1986 Fleer baseball card design will not win any awards for unique graphics, the design works well with the Cardinals’ color scheme and logo.

And now,  I need just one more Coleman rookie card for my collection – 1986 Topps, I’m coming after you!!!

On October 6, 1910, Bill Collins of the Boston Braves collected the first ‘natural cycle’ in major league history as he hit a single, a double, a triple, and a home run in order in the same game. 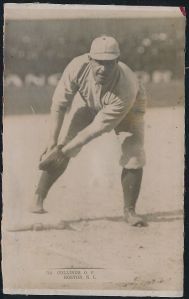 I am a big fan of Lee Smith’s – he is one of my favorite relief pitchers of all-time.

With 478 career saves, good for 3rd place in major league history, I consider Smith to still be a very underrated and underappreciated player.  And with so many records being broken by today’s group of relievers, I have to wonder how Smith would do if he was playing in today’s game.

During his 18-year career, Smith tallied at least 30 saves 11 times and 40 or more saves 4 times.  A closer like that would be an All-star in today’s game and he’d be earning a minimum of $10 million per year.  In contrast, Smith was an All-star just 7 times and the most he made in any one season was $2.8 million.

Happy Birthday Mr. Smith!!!   You are still valued and appreciated by this baseball fan!!! 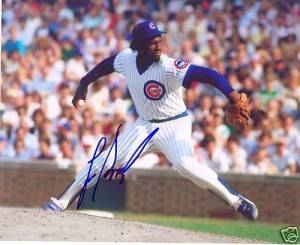 I had such a good time building the ‘Prime 9 – Home Run Legends’ set that as soon as it was completed, I jumped right into the ‘Prime 9 – Players Of The Week’ set.

The set was issued in the same manner – through exclusive redemption cards that could only be processed through hobby shops.

The set is ten cards deep, and features a great graphic display as well as a super-glossy finish.

This is the Jackie Robinson card from the set:

The back of the card features ‘9 Prime’ facts about Robinson.

A few of my favorites are: