I love collecting baseball cards of Reggie Jackson.  He is one of my favorite all-time players, and he is undoubtedly one of the greatest personalities in all of baseball.

Still, I do run across cards of him that are simply bad.

And this is one of them…

The card comes from the Chrome version of the 2001 ’50 Years’ set, and it features a new image with the 1982 Topps baseball card design. 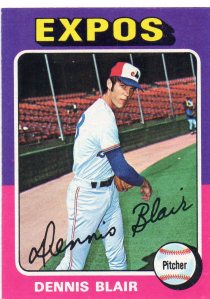 Hall of Famer, Ralph Kiner was the first player in major league history to connect for home runs in three consecutive All-Star Games.  He accomplished this feat during the 1949, 1950, and 1951 mid-summer classics.

22 magnificent seasons, most of which were not held under the microscope of the big lights in a big city.

While Harold Baines played in some of the largest cities in the baseball world, he managed to escape national attention while still putting on consistent performances.

Baines’ numbers are extremely noteworthy, and his ability to deliver season after season is very evident by his impressive offensive stats.

How Nice Would It Be To Own A Kirby Puckett Signed Baseball???

How Nice Would It Be To Own A Kirby Puckett Signed Baseball???

There are very few autographed baseballs of players that I grew up watching that I would consider unobtainable.

But, of those select few, I believe that Kirby Puckett falls into that category.