On June 15, 1964, Lou Brock was traded from the Chicago Cubs to the St. Louis Cardinals.

The transaction also sent Jack Spring and Paul Toth to the Cards in exchange for Ernie Broglio, Doug Clemens, and Bobby Shantz.

While Brock showed flashes of the future with his knack for scoring runs and stealing bases, the Cubs had no idea of the treasure that they traded to their inner-division rivals. Brock possessed all of the tools that a team like Chicago needed – and now he was put in a position in which he would beat them… 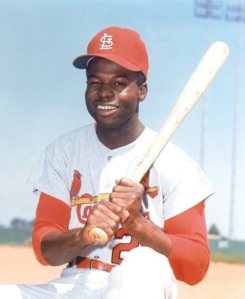