On this day in 1980, Johnny Bench became the all-time leader in home runs hit by a catcher.

At home, and in front of a relatively small crowd of just over 21,000 fans, Bench’s Reds team was taking on the Montreal Expos. Batting in the 6th spot in the lineup, Bench launched his historic home run in the bottom of the 5th inning off Expos’ hurler David Palmer. A solo-shot, Bench’s home run helped the Reds win the ballgame 11-7.

Johnny Bench connected for 389 home runs during his career. Currently he sits in second place on the all-time list for catchers, behind Mike Piazza. 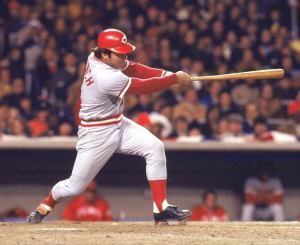