Last week I showed you the base card, so now I can move on and show you another version…

This time around, it is the ‘Red Foil’ card that I have to offer up.

As you can see, the Red Foil design is a little more than just a border color change.  The entire card’s surface gets the foil treatment with the exception of the player’s image and the team logo.

I did a thorough shopping trip on Sportlots.com and found one seller that had a handful of Joe Morgan baseball cards that I ‘did not’ have in my collection.

You see that I said, ‘did not’.  That is because I scooped them up.  All of them!

The majority of the cards are from the very early 2000’s – and each of them was purchased ‘blind’.

I’ll unveil the cards over the next few weeks.  This is card #1:

This card comes from the 2000 Topps ‘Topps Stars’ set.  It is done primarily in Sepia tones and has a double-image look.

Certainly not the best looking card of Joe Morgan that I have scored as of late, but another card for the collection none-the-less.

Notes From Career:  Dave Kingman played for 6 different teams during his 16-season MLB career.  He is a career .236 hitter with 1,575 hits, which includes 240 doubles and 442 home runs.  Dave Kingman was selected as an All-Star three times during his career.  He led the league in home runs hit twice and RBI three times.  Kingman received votes for MVP in five different seasons.

During their first season in the major leagues in 1998, Jay Bell played in the most games for the Arizona Diamondbacks.  He appeared in 155 games.

Yeah buddy, another collecting milestone has been achieved.  With the 198th card obtained for my 1975 Topps set build, I have reached the 30% milestone.

It has been a lot of fun, and I have a very nicely sized stack in my possession that ensures that the build will continue.  And I have also been watching a few of the high-end cards from the set too – maybe I will be able to bring one of two of them home soon as well. 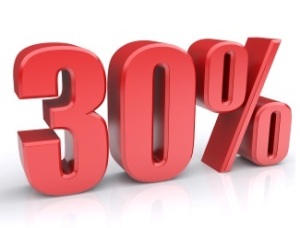