Seems like the guys and gals at Bowman got this one right, huh?

This card comes from the 2011 Bowman baseball card set, and is part of the subset tagged as ‘Finest Futures’. 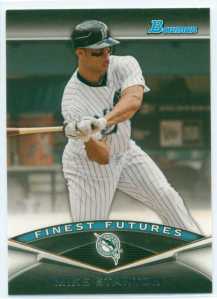 I wonder if the team at Bowman knew that Stanton would be one of the most accomplished home run hitter under 25 years old of all-time.

Maybe they did…  He certainly belongs in the ‘Finest Futures’ set!

This card of Ernie Banks was one of many modern cards featuring legends of the game that came to me through a huge donation from a ’30-YOC’ loyal reader, Jared.

The card, from the 2013 Topps Triple Threads baseball card set, features Mr. Cub in his sweet White, wool Cubs uniform that boasts one of my favorite Cubs patches! 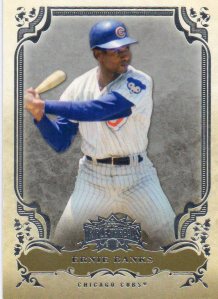 I love the patch that adorns Banks’ left shoulder.  And while Topps may not have purposely used this image to show-off that sweet Cubby Bear, they certainly got my attention.

Notes From His 1975 Season:  Billy Grabarkewitz played in just six games during the 1975 baseball season.  Used as a substitute player, he earned 2 at-bats in those six games and went 0-for-2.  One of his at-bats ended in s strikeout.

Notes From Career:  Grabarkewitz played for five different teams during his 7-season career.  A utility infielder, he played in 466 games during those seven campaigns.  Grabarkewitz is a career .236 hitter with 274 hits which includes 41 doubles, 12 triples, and 28 home runs.  In the one campaign in which he played in more than 100 games (156 in 1970) Grabarkewitz was selected as a National League All-Star with the Dodgers. 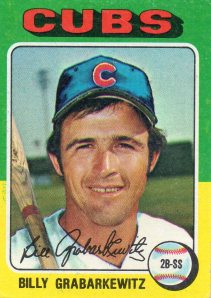 1984 HEADLINE: Pete Rose Is Coming Home – Traded Back To Cincinnati!!!

1984 HEADLINE: Pete Rose Is Coming Home – Traded Back To Cincinnati!!!

When this headline hit the papers 25+ years ago I am pretty certain that the feeling in the Cincinnati area was one of sheer joy!!!

A former baseball star was coming back to the city to once again play for and now manage the team that he helped become one of baseball’s greatest dynasties.

What a ride Pete took Reds’ fans on once he came back to the team.  From making history by becoming the game’s all-time hits leader to being banished from the game for gambling.

No matter how you look at it and how you feel about Pete Rose today, you must admit that this was a historic day for the sport back in 1984!!! 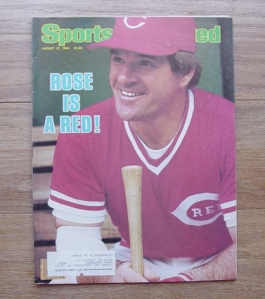 I have scored another 2014 Miami Marlins team set for my collection and I am really happy that I have been able to grab and haul in these sets as they are released so I do not fall behind.

This set is from the 2014 Panini Prizm baseball card set and is just 4 cards deep. 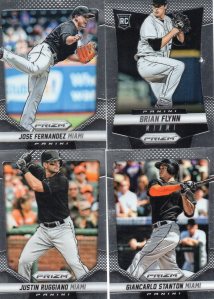 Offering just four cards, I do have to say that I wish the player mix was a bit better…

I’m happy to see Giancarlo Stanton and Jose Fernandez in the set as they both deserve to be staples in all modern Marlins product.  But, Justin Rugguiano last played for the Marlins on September 29, 2013 and Brian Flynn has appeared in just 5 major league games to this point.  I would rather have seen Christian Yelich, Marcel Ozuna, Steve Cishek, or Adeiny Hechavarria get the nod over these two (no offense to these two meant).