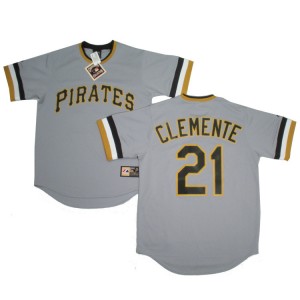 I think it is time that major league baseball consider retiring #21 in the same way that they have honored Jackie Robinson’s #42.  Clemente was the first hispanic player voted into the Hall of Fame and the first Latin player to win a World Series while starting for the team.  And most importantly, he is known as being one of the most philanthropic athletes of all-time.

Major league baseball, you have my approval on this!