Well, it was bound to happen…

I have finally landed a non-Orioles card of Eddie Murray in my collection.  Prior to this card, all cards featured the Black and Orange of the Orioles team colors.

And now, I have a card that contains ‘Dodger Blue’ too.

This card is from the 1991 Donruss baseball card set, and is in the ‘MVP’ subset.

As you can see, the card features a sweet ‘MVP’ logo as the feature of the background of the graphics package. 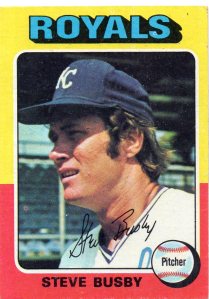 Hack Wilson was the first player in the Chicago Cubs franchise to lead the National League in RBI in consecutive seasons during the 20th century.  In 1929 Wilson drove in 159 runs and then in 1930, he drove in 191. 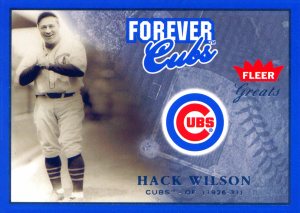 On this day in 1979 Carl Yastrzemski collected hit #3000 of his amazing baseball career!!!

On the road and taking on the New York Yankees in front of 34,000+ Yankee fans, Carl Yastrzemski and the Boston Red Sox made this game a memorable one.  Winning easily 9-2 against their divisional foes, ‘Yaz’ and the Red Sox enjoyed both team and individual success on this historic day.

In the bottom of the 8th inning, ‘Yaz’ connected for a single off of Yankees’ pitcher Jim Beattie.  Hit #3,000 was 19 years in the making, but Carl Yastrzemksi’s dedication to the game and the art of hitting certainly helped earn him a spot in this legendary club.

As soon as i decided to jump in and go after more baseball cards of Wade Boggs for my collection, the first thing I did was document each and every card I owned that featured him as the primary subject so I could get my ‘Boggs Checklist’ up to date and proceed with my expansion plans.

As I went through the cards I already owned, I saw that a few doubles had crept into the mix.  And they were all pretty good looking cards too.  My mind began to spin, and I started formulating my plan…

First, I went to a few of the sports autograph websites that I frequent to see if Boggs’ signing habits through the mail were still positive.  And as soon as I got that confirmation, I pulled three cards from my small stack of ‘doubles’, jotted a quick letter to Wade, and packed the cards up with a small cash donation and return self-addressed-stamped-envelope.

And off they went.

And just 2 1/2 weeks later, my three cards were returned to me and they are all signed beautifully in Blue Sharpie.

I told you that they were good looking cards!!!

And even better with that bright Blue Wade Boggs autograph scribbled on each one.

I am so thrilled that Boggs is still signing so generously for his fans.  I may try to grab a few more while I can – time to go back and see what other ‘doubles’ I have that may look just as nice as the above cards.