Last Sunday night I told you about my desire to bring some more quality autographed baseballs into my collection.  And I gave you a list of my most desired Hall of Fame balls.

This week, the theme is the same, but now I am bringing you the ‘Non-HOF’ version.  This one was a lot harder to build and then cut down to just ten names, but I did it.

So, before I get to that list, let me at least tell you that if I was ever to find a ‘No-Hitter’ inscribed ball from AJ Burnett, Anibal Sanchez, or Kevin Brown, I would want them for my Marlins collection.  Those balls did not make the list, let’s say that they trumped the list.

Now, on to the  ‘Top Ten Hall Most Wanted Signed Baseballs – The Non-HOF Edition’. 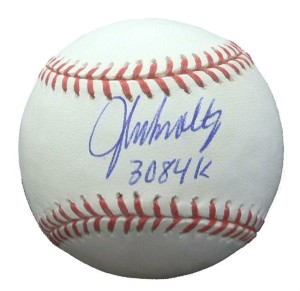 And there you have it.  Ultimately this list could have been a lot bigger – I would also like to add signed balls to my collection of Willie McGee, Mike Greenwell, Curt Schilling, Giancarlo Stanton, Jose Fernandez, Randy Johnson, and the list goes on and on.

I’ve been wanting to add a few more signed baseballs to my collection so in an effort to get that process rolling, I decided to try to organize my ‘want list’ with the goal of staying focused on who I really, really want versus who I just really want.

So, without further ado, here are the ten Hall Of Fame signed baseballs that I would like to add to my collection: 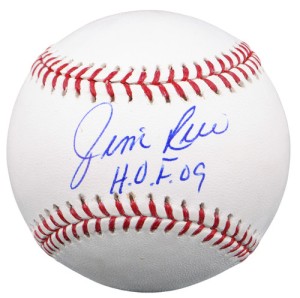 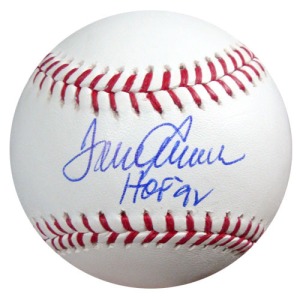 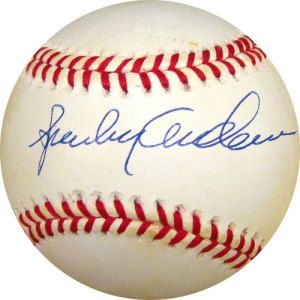 And there you have it – Ten high-quality baseballs that I would definitely welcome into the ’30-YOC’ collection if they were to become available to me either at a paid signing, in-person opportunity, or via a consignment deal.

Stay tuned to ’30-YOC’, maybe one of these bad-boys will be mine soon.  Fingers crossed!!

For me, one of the many ways to judge and offensive player’s effect on the game is to measure the number of home runs and stolen bases he collects in a single season.  The landmark number of ’30/30′ is one that I have enjoyed tracking since I was a kid.

During the 2012 baseball season, there were just two big leaguers to make it into the exclusive ’30/30 Club’ – Ryan Braun and Mike Trout.

Yes, there were a lot of sluggers that hit well over 30 home runs, but very few of them put the effort needed to steal 30 bases.  I think that in the right situations, we could see many of them steal 30 bases in a season, but both they and their managers would have to be committed to it. 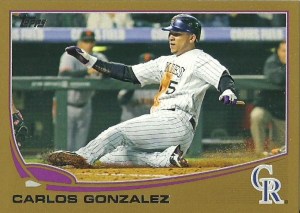 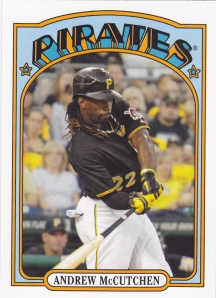 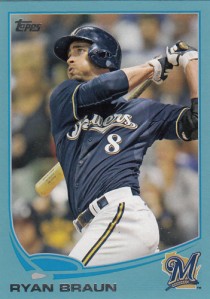 I think that the 2013 baseball season will be a magical one.  I expect to see both Bryce Harper and Mike Trout become even better all-around players.  I also expect a rebound season from Hanley Ramirez.  I think that Jason Heyward is poised to take off and deliver what many thought he would do a few years ago.  I also think that Jayson Werth is going to be solid this year – with Zim and Harper in the line-up, there is less pressure on him, and I think he will soar.  And for some reason, I think that Matt Kemp is going to go bonkers this year – I don’t follow the Dodgers too closely, but I think that 2013 will be a Dodger season worth paying attention too.

Let me know what you think.  Am I missing anything here?  Should anyone be pulled from my list in place of someone else?

I’d love to get your thoughts.  Thanks for reading.

Just like I did with the Topps Traded and Donruss ‘The Rookies’ mid-season releases, I feel that it is fitting to follow suit with the Fleer Update set as well.

So, I will rank the Top Ten Rookie cards issued as part of these 132-card rookie-filled, factory-sealed, beauties.

Keep in mind that I am only going after cards in which the Fleer Update card was considered the player’s rookie card with the Fleer brand; it just happened to be issued in the ‘Update’ set versus the base set. 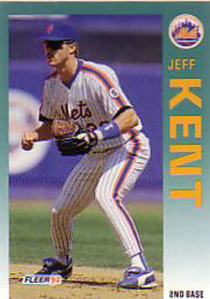 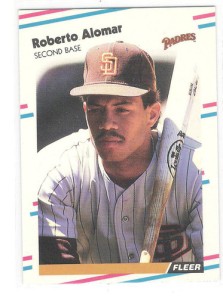 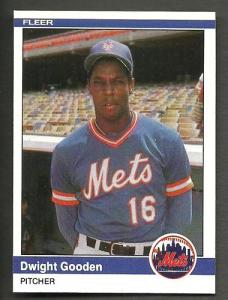 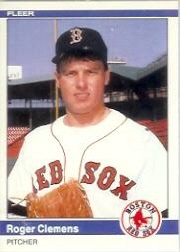 Let me tell you that creating this list was mentally exhausting!!

While the top two spots for me were ‘no brainers’, spots 3,4, and 5 shifted around often.  Ultimately, I settled in with Piazza being a lock at number 3, and Maddux & Gooden sharing the 4th spot.  I ultimately gave it to Maddux, but would not complain if Gooden was there and Maddux shifted down to five, or even six.

And the final 2-3 spots were pretty brutal too – some of those guys could have been left off in favor of some that were mentioned in the honorable mention section.  Ultimately, I took the guys who would still be deemed as ‘collectible’ today by your average collector.

Just like the other companies producing baseball cards in the 1980’s, Donruss saw a need to produce sets during the season that captured the attention of collectors.

While some companies issued cards of rookie players and players that traded teams during the early parts of the season, Donruss stuck strictly to rookie cards.  That is probably why the set carried the name of ‘Donruss, The Rookies’.

The sets were issued from 1986-1992, and stared as a 56-card set but ended at 132 cards in 1992.  The set was highly collectible when released, and some of the best rookie cards from the decade were found in these ‘second’ sets.

Like most of my other rookie-related ‘Top Ten Lists’, I am going after the cards that were highly coveted when released and still have value and appeal amongst today’s collectors.  Staying power is the theme!! 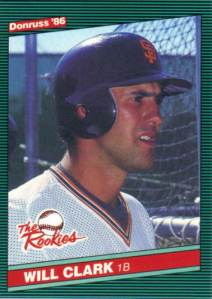 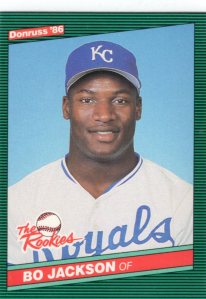 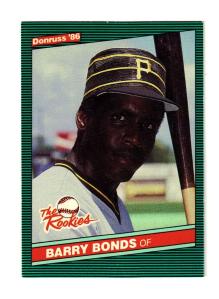 And there you have it!!  My Top Ten cards from the ‘Donruss Rookies’ brand.

Let me tell you, I switched these around a handful of times; especially numbers 9 and 10 and a few of the Honorable Mention guys.  I could have easily taken this list to 15 official spots, but then I would have to rename the post, build a new category, and get it approved by the MLB.

So, I stuck with just 10.  Did I get them right?  Are my selections way out of line?  Did I completely miss someone??

What can I say, I have had rookie cards on the brain for the last few weeks.

It is only right that I give Fleer some press time too.  From 1985-1990, Fleer issued multi-player rookie cards in their base sets.  The cards featured two players, sometimes on the same time and sometimes not.

Sadly, they are just not able to live up to the excitement that Donruss and Topps brought to the rookie baseball card game.  But, they did try.  And just like a rookie card prospector that is seeking out the best rookies from the next crop of hopefuls, Fleer had some hits.  But they also had a ton of misses too!

And now, without further ado, it is time to offer up the ‘Top Ten Fleer Major League Prospects Rookie Baseball Cards’. 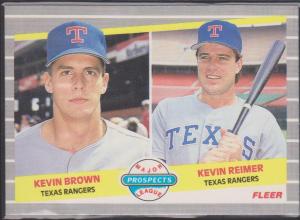 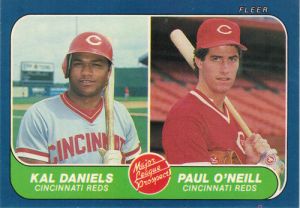 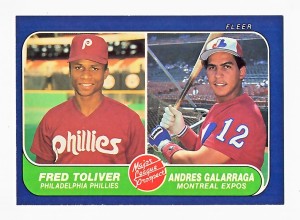 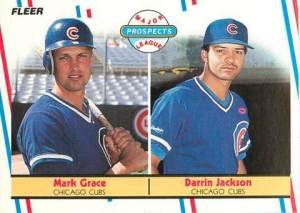 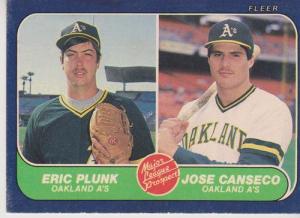 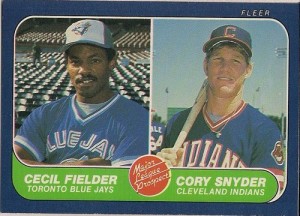 Not horrible, but not terribly exciting either.  I tell you what – If Fleer did not have these cards in their 1986 base set, I would never have been able to snag ten for this list…  Fleer tried, but their crop of 1980’s rookie cards just cannot live up to the excitement that Donruss and Topps brought.

What do you think?  Do you have a favorite card from the Major League Prospects subset from Fleer?  Did I miss one that you think belongs on the list?

Let me hear it.

And as always, Thanks for reading!!

This Top Ten list stems from a few emails between myself and loyal ’30-YOC’ reader Matt.  Matt and I traded emails earlier in the week about our favorite cards and sets from the 1980’s.  The conversation was fun and it took both of us back to our childhood when we both rabid collectors.

It was during that email string that I thought it would be fun to rank my favorite Topps Traded rookie cards from the 1980s.  There are some fantastic cards that fit that mold, and it will shock you to see which ones only made the ‘Honorable Mention’ list.

The way that I complied my list is that I tried my best to recall how popular the card was when it was released and then also look at how it is treated in today’s hobby.  I also discounted any player that had a multi-player rookie card in a Topps base set and then an individual card in the traded set that is also known as a rookie card, so cards like Tim Raines from the 1981 Traded set and Cal Ripken from the 1982 Traded set were purposely skipped. 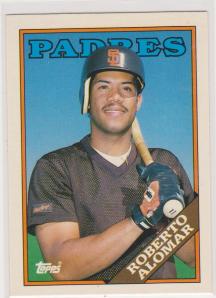 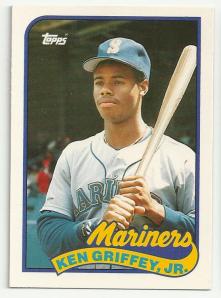 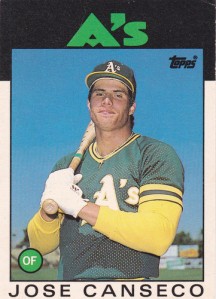 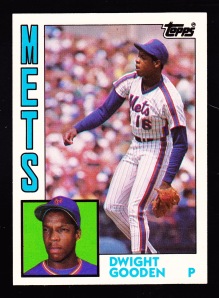 And there you have it.

Did I get it right or screw it up royally??  Let me know what you think of my picks.