How they got there: 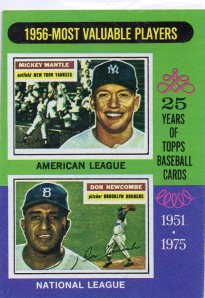 On this day in 1967, New York Yankees slugger Mickey Mantle hit the 500th home run of his career.

A baseball legend, Mantle could do no wrong while wearing his pinstripes. And a fan favorite since his debut in the league in 1951, it took Mantle 17 seasons to join the ‘500 Home Runs Club’.

Mantle retired after the 1968 baseball season. He left the game with 536 career round-trippers. Currently he sits alone in 16th place on the all-time list. 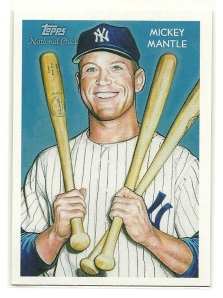 Hall Of Fame Debate: Will ‘The 500 Home Run Club’ Ever Guarantee Enshrinement Into Cooperstown Again?

Hall Of Fame Debate: Will ‘The 500 Home Run Club’  Ever Guarantee Enshrinement Into Cooperstown Again?

For a good stretch of baseball’s grand history, ‘The 500 Home Runs Club’ was full of elite and immortal players that defined the role of run producer and slugger.  Sure, some of the players were quite a bit more than that, but all of them were responsible for driving in a tremendous amount of runs via the long ball.

Then, the steroid era hit.  And pretty soon, new members of the once-elite club were springing up all over the place.  And quite often.  The one-time uber-elite group was getting cloudy and crowded.  All of a sudden, ‘The 500 HR Club’ began to look a little different.  And being in the club did not hold the same level of esteem as it once did.

Today, with the game ‘cleaned up’, can that perception change?  Will the ‘500 Home Runs Club’ once again define offensive greatness?

There are only three eligible members of the ‘500 HR Club’ that have not been inducted into Cooperstown.  And they have all been linked to steroids – Barry Bonds, Sammy Sosa, and Rafael Palmeiro.  We also have two future possible electees that have been linked to steroids and climbed past 500 home runs – Gary Sheffield and Manny Ramirez.  I am purposely keeping Alex Rodriguez’s name out of the conversation as he is still considered to be ‘active’.

But, after that, are we in the clear?

Frank Thomas’ 2014 Hall of Fame election certainly helps.  And the future election of Ken Griffey, Jr. adds some serious weight to the ‘Club’ again.  And while I may not be his biggest supporter, Jim Thome’s 600+ home runs is certainly going to add some gusto to the club as well when he gets electecd into the Hall of Fame.

3-Time MVP, Albert Pujols is on his way.  Adam Dunn is going to get there.  World Series MVP, David Ortiz has a solid chance too.

On this day in 1969 Mickey Mantle retired from the game of baseball.  A legendary player that spent his entire career in New York as a member of the Yankees, ‘The Mick’ was as iconic of a figure in sports as there was.

The funny thing was that Mantle replaced the great Joe DiMaggio when DiMaggio retired from the game.  The fans did not accept him right away as they missed ‘Joey D’ and thought that he could never be replaced.

I will not argue as to which player was the better of the 2, but what I will say is that when Mantle retired after his 18 seasons as a Yankee his numbers were incredible.  With his .298 career average sitting alongside 536 home runs and 1,509 RBI, Mantle solidified his annual All-Star status.  Although his numbers dropped off significantly towards the end of his career, he still managed to be a fan favorite in the Bronx.

The 2012 Topps ‘Prime 9’ sets were issued through redemption cards that were inserted into hobby boxes of the Topps 2012 flagship baseball card set.  The cards were numbered and each card represented a specific card it could be redeemed for.

These special insert cards were redeemable only through hobby shops and Topps made these cards available for redemption on a very limited basis.

The card’s design is great, and I have been a fan ever since seeing them.  The high-gloss finish is unlike any that I have seen before and I like the fact that Topps rewards the baseball card business owner with such a nice, exclusive offer.

This is the Mickey Mantle card from the set:

I scooped this card during a recent shopping adventure on Sportlots.com.

I had seen it many times before, both on the web and at card shows, but I never really felt like I needed it for my collection.

But on Sportlots.com, where many cards can be had for as little as $0.18 each, there is a little less thought about the investment so I tend to just go after stuff that I think would make for a neat addition to my collection.

And now that the card has arrived, it makes me wonder what Mantle was doing in this picture.

Obviously he is in the infield.  And he appears to be throwing to another base.  But, Mantle was an ouyfielder…

I just don’t get it.

Does anyone out there have more information about this picture and what it may actually be that we’re seeing?

I’m puzzled and would love a little more clarity!!!

I am a little surprised that I have never seen this card before, but it definitely stopped me in my tracks when I found in a dealer’s box at the show.

Very similar to the ‘Bird Belters’ card that I love from the 1968 Topps set, this one is a classic.

While not the original (that would have been issued in 1957) this card is the next best thing – a perfect reprint.

Anytime you can couple Mickey Mantle and Yogi Berra on a baseball card together you are going to attract collectors.  I am pretty sure that this was a well received re-print when issued in the 2010 ‘The Cards Your Mother Threw Out’ subset in 2010.