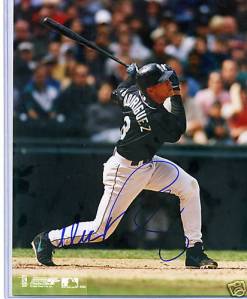 Alex Rodriguez hit 435 home runs during the first decade of the 21st century (2000- to 2009), the most by any major league player during that time frame.

Million Dollar Question – Will Alex Rodriguez Play Another Major League Game, And If So, Will It Be For The Yankees??

Million Dollar Question – Will Alex Rodriguez Play Another Major League Game, And If So, Will It Be For The Yankees??

The major league baseball career of Alex Rodriguez appears to be in limbo.

What we do know is that as for now, A-Rod will not be playing during the 2014 regular season or postseason.  He is allowed to return to major league game action in 2015.  And he is under contract with the Yankees.

He has said that he will take the time off to rehab old injuries, get in game shape, and hone his skills.

The relationship between Rodriguez and the team has surely soured as both sides have pointed fingers at one another over ‘he said / she said’ stuff as well as private medical issues being disclosed and made public.

To say that this whole things has been a horrible soap opera is an understatement.

My questions tonight are simple – Will Alex Rodriguez play in the majors again?  And if so, will he play for the Yankees?

My thoughts, for now, are as such – I do believe that he will play again.  I feel that he is owed way too much money to simply walk away from the game.  And he also has some major milestones to bypass that I think he wants to go after – 660 home runs and 3,000 hits.

Now, the team he plays for is another thing completely.  It is very likely that he never wears Yankees colors again, and if I was a betting man, I would say ‘No, not as a Yankee’.  They are sour on him, and he has no problem calling them out.

I think someone will pick him up, and I think that the Yankees would be happy to take on a large part of the money left on his contract to ensure that he never wears pinstripes again.

What are your thoughts?  Does he play again?  And does he call New York home any longer?

Let me hear it!

This set was a lot of fun to put together.  I really enjoyed digging into each of these guy’s career home run accomplishments.  And I learned quite a bit through that process.

The set features just 9 cards, but it fills an album page perfectly.

Here is a look at the complete set: 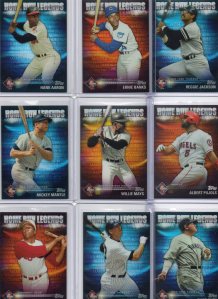 The cards are sharp.  They are shiny.  And they really stand out.

I wish that Topps continued this set past just the 2011 and 2012 seasons, I could easily think of 5-6 more themes that I would love for them to share with us that follow the same format.

Thankfully, they did give us one more.  Their ‘Prime 9 – Players Of The Week’ subset that was also issued in 2011 is on my radar!!

Normally, I would go into a long diatribe about my excitement of bringing this baseball card home and into my collection.  I am building this set of cards, and I would normally hype up the addition of Alex Rodriguez into the set.

But, I am just not feeling it.

Yes, I am happy to be one step closer to completing this set.  I just wish that the card featured a different player – one worth celebrating…  I wish it was of Ken Griffey Jr. or Harmon Killebrew or Mike Schmidt.

I have always had a lot of respect for catchers.  I feel that their role is the most critical one on the team due to their handling of the entire pitching staff.  A good, strong catcher is able to communicate well, be a team leader, and must be trusted by each and every member of the pitching staff.  Jorge Posada is the perfect example of this.

Posada led the New York Yankees to 5 championship titles during his reign as their #1 catcher.  What is most impressive about this run of excellence is that the Yankees change players, and specifically pitchers, quite often.  Posada had the skills as a leader to be able to handle new pitchers added to the team while still keeping them as competitive and dominant as they need to be without skipping a beat.

Jorge Posada had a fantastic career and will go down as one of the best catchers from his generation. 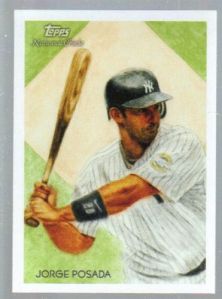 I cannot believe it, but Alex Rodriguez is turning just 38 years old today.

Just please, stay classy as you top some of these historical and elite baseball milestones.

Well friends, the 2012 MLB season is in the books so it is time for a peek at the milestones that I was hoping would occur during the season.

Let’s take a look and see how we did, shall we??

Can Ichiro re-capture his ability to collect 200 hits in a season? If so, it will be the 11th time in his 12-year career that he reaches the mark.

Can Dan Uggla hit 30 or more home runs for the 6th straight season extending the record for a second baseman?

Uggla hit just 19 home runs in 2012, his lowest output in his career.  Also the worst offensive season of his career, too. 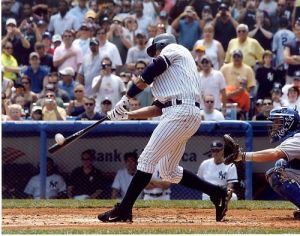 Can Albert Pujols reach the 500-HR plateau?  He needs 55 home runs to reach the mark, and while he has never had a 50-HR season, he has a new ballpark to play in, the ability to play DH, and an entire new league of pitchers to feast on.

After the worst start in his majo league career, Pujols revereted back to his usual self in the second half of the season.  He ended the year with 30 home runs and 475 for his career.  500 will come in 2013.

How long until Miguel Cabrera eclipses the 300-HR mark?  He sits at 277 right now, but with Prince Fielder batting behind him, he may be close to this number by the All-Star break.

Roy Halladay needs just 12 wins to reach 200 for his career.

will have to play a big part to get it done.

Tim Hudson needs 19 wins to reach 200 for his career, can he repeat some of the magic that he has had in years past? 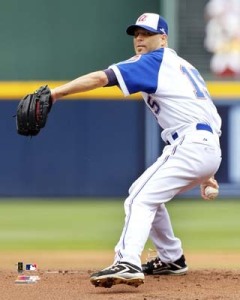 Ryan Braun has had five straight 100+ RBI seasons.  Can he repeat this feat without Prince Fielder behind him in the Brewers line-up??

Tim Lincecum continues to mow down batters.  He has five straight seasons of at least 200 or more strikeouts recorded.  Will 2012 be year number six??

Alex Rodriguez needs just 107 RBI to move him into 4th place on the All-Time list with 2,000 for his career.  A solid campaign could get him there.

The 2012 MLB regular season was fantastic.  We saw a lot of history made, and I am already looking forward to seeing what lies ahead for us in 2013.