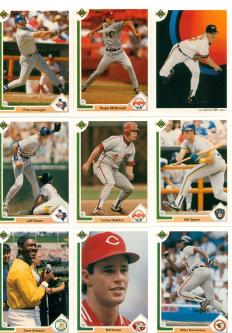 What Ever Happened to Pete Incaviglia???

Pete Incaviglia had the power to become a baseball superstar.  Oftentimes a true power hitter, like Incaviglia, will get a free pass on other valuable offensive stats as long as they keep hitting home runs.

With a career batting average of just .246 over 12 seasons, Incaviglia was still considered to be a guy to keep in the lineup due to his ability to hit home runs.  In his career, he amassed 1,043 hits of which 206(roughly 20%) of them were home runs.  In the same breath, you have to look at his strikeouts as ‘Inky’ tended to be amongst the lead leaders for several seasons of his career.  Pete struck out a total of 1,277 times, with 788 of those K’s coming in the first 5 years of his career.

Never known as a defensive specialist ‘Inky’ soon saw his number of games played each season decrease.  He did however find himself playing in the World Series for the Philadelphia Phillies in 1993, but the Phillies ultimately lost.

Pete is most known for ‘The Pete Incaviglia Rule’.  This rule states that a newly drafted player cannot be traded to another team until they have been under contract with the team that drafted them for 1 full year.  When Incaviglia was drafted by the Montreal Expos in 1986, he refused to accept a spot in the minor leagues which then forced the Expos to trade him to the Texas Rangers.  ‘The Pete Incaviglia’ rule was put in place after this transpired to maintain parity around the league.

Today, ‘Inky’ is a minor league baseball coach and is working toward his goal of helping young baseball players get better.  As a dominant college player during his days at Oklahoma State, Pete is well respected around the college game and still holds the record for most home runs in a season and most home runs in a college career.