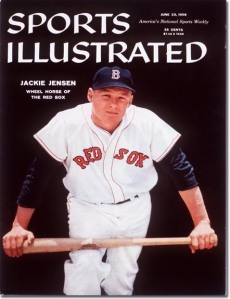 Two first basemen in Boston Red Sox history have won the American League MVP Award.  Jimmie Foxx did it in 1938, and then 57 seasons later Mo Vaughn accomplished the feat.

The Boston Red Sox rookie that holds the team record for the highest batting average in their rookie season is Patsy Dougherty.  Dougherty hit .342 as a rookie with the team in 1902. 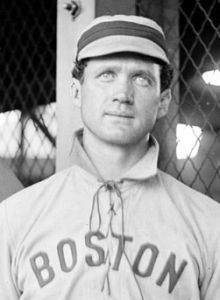 The first player in Boston Red Sox franchise history to win the Rookie of the Year Award was Walt Dropo.  Dropo won the award in 1950 after playing in 136 games for the Red Sox and driving in 144 runs.

No major league player in the 20th century has more career at-bats without hitting a home run than Tom Oliver.  Oliver played from 1930-1933 for the Boston Red Sox and went homerless in 1,931 trips to the plate.

The member of the ‘3,000 Hits Club’ with the lowest career batting average is Carl Yastrzemski.  With 3,419 career hits, Yaz compiled a lifetime batting average of just .285.

Rick Burleson was the first Boston Red Sox shortstop to win the Gold Glove Award for defensive excellence.  The 4-time All-Star won the award in 1979.

The player to lead the American League in home runs during the decade of the 1940’s was Hall of Famer, Ted Williams.

Detroit’s Rudy York finished in second place with 189 homers, and he played all ten seasons.

Babe Ruth led all sluggers in home runs during the 1920’s.  In that decade, Ruth connected for 467 round-trippers, 265 more than any other player.