On this day in 1981, Fernando Valenzuela won the National League’s Cy Young Award.

The week prior, he was named as the Rookie Of The Year, becoming the first player in major league history to earn both the ROY and the Cy Young Award in the same season.

The numbers?  Let’s take a closer look, shall we??

On this date in 1988, Orel Hershiser captured the National League’s Cy Young award in a unanimous vote.

Taking all 24 first-place votes, this award capped an unbelievable season for the right-hander.

A close look at the numbers:

23-8 during the regular season with 15 complete games and 8 shutouts.  In 267 innings of work, Hershiser compiled a low ERA of just 2.25.  His dominant year led to another selection to the National League All-star team and his first Cy Young Award.  During the playoffs, Hershiser led the Dodgers to the World Series championship while winning both the NLCS and World Series MVP awards in the process!! 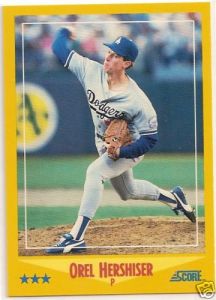 Bob Gibson is considered to be one of the nastiest(in a good way) pitchers in the history of the game.

His aura is as impressive as his stuff on the mound, and every time I read a book or article about hitters from the 1960’s, almost all of them mention Gibson’s name when discussing their greatest opposition.

Today, I will try to do my best to honor Bob Gibson.  It’s his birthday, so I will dedicate a day’s worth of posts in his honor! 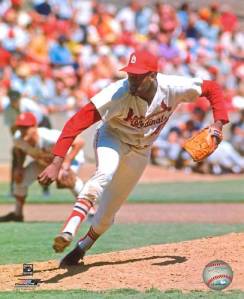 1976 Headline: Williams Released By The Oakland A’s, Opts For Retirement

1976 Headline: Williams Released By The Oakland A’s, Opts For Retirement

On this day in 1976, Billy Williams was released by the Oakland Athletics, ending his 18-season major league career.

During his 18 years in the big leagues, Williams spent 16 with the Cubs, and his final two with the A’s.  Most known for his incredible left-handed swing, Williams collected 2,711 hits, alongside 434 doubles and 426 home runs.  He was a catalyst to the Cubs’ offense, and finished in 2nd place for the MVP award on two occasions.

Williams was a 6-time All-Star, Rookie of the Year winner, batting champion, and member of the 1987 Hall of Fame class.

Congratulations to Billy Williams on a fantastic career!!!

In a very short amount of time, Giancarlo Stanton has become the centerpiece of the Miami Marlins run production squad.  Batting anywhere from 3-5 in the batting order, Stanton has been the team’s main source of home run and RBI production. 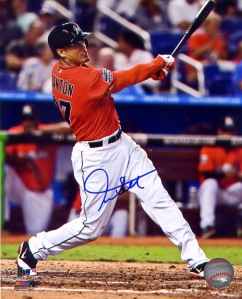 Not only did he make his major league debut in 1989 with the Chicago Cubs, but he also won the NL Rookie of the Year award that year while also helping the team capture their division crown!

At 23 years old, Walton had the presence of a veteran at the plate.  And his skills shined brightest in that rookie campaign.  Led by a batting average of .293, Walton collected 139 for the Cubs.  He also stole 24 bases, scored 64 runs, and drove in 46 more.  And he did all of this while patrolling one of the toughest center-field positions in the majors!

Congratulations on a fabulous rookie season Jerome.  Today we celebrate you winning the NL Rookie of the Year award in 1989!!!

On this day in 1966, Frank Robinson was named as the 1966 AL Most Valuable Player.  And it was really not contest – Robinson was the Triple Crown winner as he led the American League is Batting Average, RBI, and Home Runs.

What made this award even more special is that Robinson became the first player to win the MVP in both leagues with this award in 1966.

You see, just 5 seasons prior, in 1961, he won the award with the Cincinnati Reds of the National League.

A truly dominant player – and one of the best!! 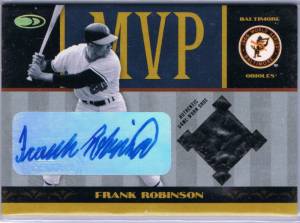 On this day in 1996, Derek Jeter won the American League’s Rookie of the Year award in a unanimous vote!

Capturing all 28 first-place votes, Jeter set himself apart from the rest of the 1996 rookie class.  And he did it all with the enormous pressure that comes with wearing Yankee pinstripes.

During that season, Jeter collected 183 hits en route to a .314 batting average.  He scored 104 runs for the team while also driving in 78.  And while fielding the toughest infield position, he compiled an 96.9% fielding percentage.

Oh, and he also helped the Yankees capture the 1996 World Series championship too!

On this day in 1976, Jim Palmer won the Cy Young Award for being the best pitcher in the American League. 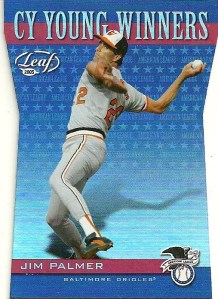 While Johnny Damon is not named with the sport’s greatest players, he has certainly put himself into the category of ‘Winner’.  And some of the sport’s biggest stars cannot make that claim.

Relatively unknown until he joined the Red Sox, Damon was a quiet player that toiled around in both Kansas City and Oakland for the first 7 years of his career.  During that time, her perfected his craft as a solid hitter with a knack for collecting doubles and stolen bases.

When Damon arrived in Boston in 2002, his ability on the field as well as personality shined and he soon became a fan favorite.  Damon helped the Sox win the World Series title in 2004 and his new-found fame garnered him 2 All-Star team selections and MVP consideration.

Damon moved on to the Yankees in 2006, and again he helped them reach the pinnacle of the sport in 2009 as the Yankees collected another World Series title.

Johnny Damon has proven to be a very skilled baseball player.  His consistency on offense is remarkable, and his time in the major leagues has been relatively injury free – a true credit to a player that played as hard as he did!