Yeah, Buddy!!  Complete with ‘Hollywood Hair’, I have finally grabbed the base card of Bryce Harper from the 2014 Topps Heritage baseball card set.

The card, like most base cards from Heritage, offers an ‘above the shoulders’ close-up of Harper.  But, it does offer quite a different style than the normal posed portrait that has long been the trademark of the set.

See what I am talking about??

I wonder how much Brylcreem went into this look….  If you don’t know what Brylcreem is, Google it!!

Obviously, the style of the Gypsy Queen brand is a vintage design with lots of intricate details in the frame of the picture on the card.

For me, Pedroia is a player that fits the mold of a player that would play in the era in which this card was originally produced.  He is one of the very few that would probably fit in perfectly in any era of the sport. 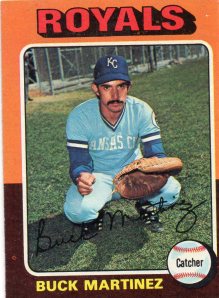 In 2001, Dave Winfield became the first player elected into the National Baseball Hall Of Fame that would wear a San Diego Padres logo on his plaque.

On this day in 1983, Andre Dawson and his Montreal Expos teammates played host to the Cincinnati Reds at Stade Olympique in Montreal.

The hit, a single, came in the bottom of the first inning off of Reds’ hurler Rich Gale.

Dawson would end up going 2-for-5 with a single, a double, and 2 runs scored.

As a team and player collector, I don’t have the same worries that a set builder has.  Especially if said set builder is trying to put together a set of cards by starting with the most fun method – the ripping of packs.

Lately, as I have gotten into collecting more modern players I have started to have to deal with short prints.  And it is starting to bug me.  Especially the high volume of short prints that seem to be coming more and more common in the widely collected sets.

Between the 2014 Topps Heritage and 2014 Topps Gypsy Queen releases, both sets featured short print cards of Jose Fernandez.  And since I am building Miami Marlins team sets while also collecting singles of the reigning NL Rookie of the Year, I am needing to buy two of each Fernandez card that is featured in a Marlins team set.

While still affordable (I have already made my purchases to get all of them) it did take the fun out of putting together the team set.  I could piece it together by hand after ripping through packs or I could buy the whole team set complete but pay more for the added SP’s or I could land in the middle and buy the team set minus the SP and then shop again for the SP another time.  And then buy another one so I could land the same card for my player collection.

I don’t know about you, but this drove me a little nuts.  It’s definitely more to keep track of and a lot more of a headache since my ultimate goal is to stay on top of these new releases while also sticking to my budget.

I don’t believe that I am alone on this as I am certainly not the only team and player collector out there having to deal with all of these extra Short Print cards being published.  Seriously, in a 350 card set, why do 50 have to be limited in production?  That’s a large percentage – 14%.

I’d rather see exclusive limited edition stuff put into today’s sets for the case breakers to go after than for 14% of a set to be part of a limited print run. 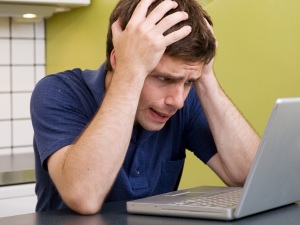 I keep an eye on all newly listed baseball cards featuring Jose Fernandez that appear on Ebay.  This allows for me to get a sense of what is hot and what is being sold for high prices.  It also allows me the chance to grab some cards that I normally would not seek out.

The Topps Tribute set is one of those brands.  I don’t seek them out due to the possible prices they’ll be selling for and also because I don’t want to set myself up for disappointment by being outbid on ‘higher end stuff’ due to my strict budget.

So, you could imagine my amazement when I was able to garb this card from the 2014 Topps Tribute set of Jose for a very low opening price.

Yep, I scored this bad-boy for just $1.99.  And that price included shipping!!

Being that I don’t buy baseball cards from hobby shops, I would have no opportunity to grab ‘Spring Fever’ redemption cards on my own.

So, I settle for the secondary market and more often than not, I am treated fairly through that buying process.

The ‘Spring Fever’ set was created as a way to get collectors back into the card shops after buying 2014 Topps Series 1 product.  If you pull a redemption card from any hobby packs, you are able to turn them in for a 4-or-5 card pack of ‘Spring Fever’ cards.

And let me tell you, they are SWEET!!!

This is the card of reigning NL MVP, Andrew McCutchen.  I love the colors.  I love the design.  I am very happy that I shopped for this card.  I cannot wait to pick up the cards of the other modern guys on the checklist that I collect.

Notes From His 1975 Season:  After spending the first 16 seasons of his career in Chicago with the Cubs, Williams spent the 1975 baseball season with the Oakland A’s.  Playing the role of veteran leader, Williams played in 155 games for the A’s at the age of 37.  He hit just .244 on the year, but was still productive as he collected 127 hits while scoring 68 runs and driving in 81.

Number 11 enjoyed a magnificent 18-season major league career. One of the best defensive shortstops in the history of the game, Aparicio was dazzling fans with his glove work decades before anyone ever heard of Ozzie Smith.

At the age of 22, Aparicio won the 1956 AL Rookie Of The Year award. He followed up his remarkable debut by making the All-Star team 10 times and capturing the Gold Glove Award 9 times.

A dynamic offensive player, Aparicio had a knack for stealing bases and scoring runs. He has collected 506 career stolen bases, while leading the league in steals from 1956-1964. He also scored 1,335 runs during his playing days, including 10 seasons of scoring at least 70 times.