The Hall Of Fame Class Of 1991 – As Told By Autographed Baseballs….

The Hall Of Fame Class Of 1991 – As Told By Autographed Baseballs….

Last night while watching the Marlins game and working on the blog, I quickly counted my autographed baseballs.  Standing proudly at 58 signed balls, I also counted 31 Hall of Famers.

And then I saw this…

I never looked at my balls, LOL, this way.  But it was kind of neat to see that I could make this claim.  Who knows, maybe I have a few HOF classes in my bunch.  I’ll have to check it out…

I grabbed a nice sized handful of Topps Tiffany cards from the 1980’s last week.  It is an easy way for my to add volume to the number of different Andre Dawson baseball cards that I have – so I jumped at the chance!

This one, from the 1987 Topps set, looks a little lighter than the regular Topps base card.  But nonetheless, it is another great addition to the player collection!!

I’ve said it before and I’ll say it again – ‘I love these sets where Topps issues new photos with their older card designs’.

And while some may say that it is done due to a lack of fresh ideas, I personally cannot get enough of them.

And this one from the 2005 Fan Favorites set of Gary Carter looks perfect. 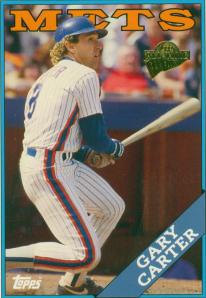 See what I mean??

Well, his stats may not have been in the top 99th percentile, but Bo Jackson was coming into his own by just his second full season in the big leagues.

Blessed with immense power and blinding speed, Bo was the kind of player that you wanted to see when he came to the ballpark to do battle against your ‘home team’.

In 1988, 1989, and 1990, Donruss issued their ‘Baseball’s Best’ subset.  Rather large for a subset, the set included more than 400 cards of the best players in the sport.  And for collectors like me, it gave us opportunities to add another card to our player collections which is always a good thing.

While the bright Orange border doesn’t really help the overall look of this card, it does make the large picture of Bo stand out.

A nice addition to my Bo Jackson collection!!

On this day in 1995 Eddie Murray collected the 3,000th hit of his amazing baseball career!!!

In his 19th big league season while playing DH for the Cleveland Indians, Murray joined baseball’s elite group of hitters.

In the 6th inning, he smacked a single off of Mike Trombley of the Minnesota Twins and that moment became history!!!

Murray ended his baseball career with 3,225 hits which currently ranks him in 12th place in baseball history.

Finally, I Have Proof That Joe Torre Daydreams About ’30-Year Old Cardboard’

Finally, I Have Proof That Joe Torre Daydreams About ’30-Year Old Cardboard’

Posted in Did You See...

I’m not sure why so many people don’t care for these cards.  Personally, I like the originality of them.  And I really like that Topps continues to try something new with their annual releases…

So, for all of you that have jeered these manufactured leather nameplates, I ask you this – Would you rather have another subset of recycled card designs in this year’s issue?  Or would you rather have a unique and different card that looks nothing like anything else in your collection?

For me, the answer is simple.  And that is why I was so happy to pick up these bad-boys:

And while this card may bore some collectors, I love it!!!

If I could ass a title to the card, it would be – ‘The Master Is Studying’.

I can recall this day like it was yesterday…

On this day in 1990, both Dave Stewart of the Oakland Athletics and Fernando Valenzuela of the Los Angeles Dodgers threw no-hitters.

Let’s look a little closer at these two ‘No-No’s’:

Dave Stewart – On the road and in front of a crowd of just under 50,000, the A’s were in Toronto to battle the Blue Jays.  Stewart pitched a gem while striking out 12 batters ang giving up just 3 walks.  He threw 115 pitches during the game it took just 147 minutes for his A’s team to beat the Blue Jays 5-0. 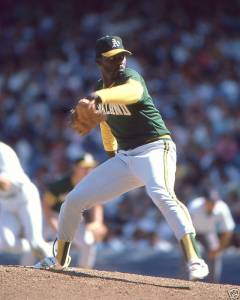 Fernando Valenzuela – At home and facing the Cardinals, Valenzuela was awesome as he and his Dodgers teammates beat St. Louis 6-0 in 161 minutes.  Valenzuela was brilliant – allowing just 3 base runners while striking out 7 batters.  For the game, he threw 119 pitches.  He also went 1-for-4 at the plate. 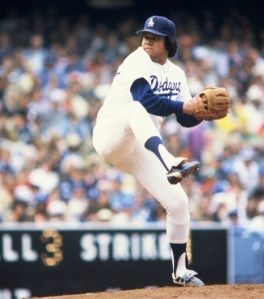 Guerrero was a solid contributor to both the Los Angeles Dodgers and St. Louis Cardinals teams that he was a part of for fifteen seasons.

A 5-time All-Star with a knack for delivering power at the plate.  In his 15 seasons in the big league, Pedro collected 215 home runs while driving in 898 RBI.  In four seasons, he hit at least 27 home runs with his highest tally coming in 1985 with 33.

Guerrero also finished in the Top 4 for the MVP award on four different occasions.  He was a steady and consistent hitter from the time he made it to the big leagues in 1978 and throughout the course of his playing days. 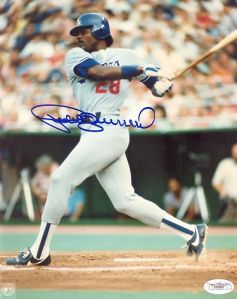